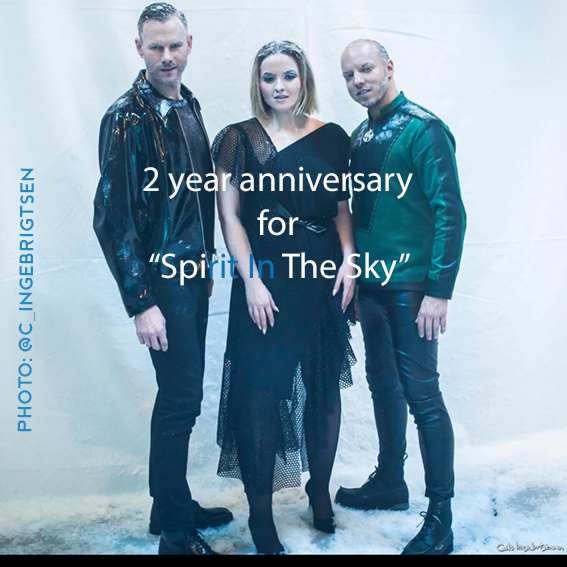 Today we are celebrating an anniversary.

And what two years it has been. Performing “Spirit In The Sky” in MGP lead to the final, which they won and went on to represent Norway in Tel Aviv.

In Tel Aviv, they performed in the second semi-final on May 16th, with updated outfits and staging. Fred joiked his way into the hearts of the audience and KEiiNO passed to the final, with 210 points.

For a while it looked like “Spirit In The Sky” could be the winner of Eurovision 2019, the Televotes had them as number one with 291 points, but sadly the jury didn’t agree with the music taste of the audience and they dropped KEiiNO to sixth-place, which of course is still a great place out of 42 contestants.

Since the release of “Spirit In The Sky”, things have developed fast for KEiiNO. 12 singles, a charity single for the Salvation Army “Storbyjul” (which sadly is no longer available), and their debut album, OKTA which was released May 8th 2020.

Participating in Eurovision made them want more, so this year they are participating in MGP with their song ‘Monument’ which has already been very well received by fans and Eurovision lovers all over the world.