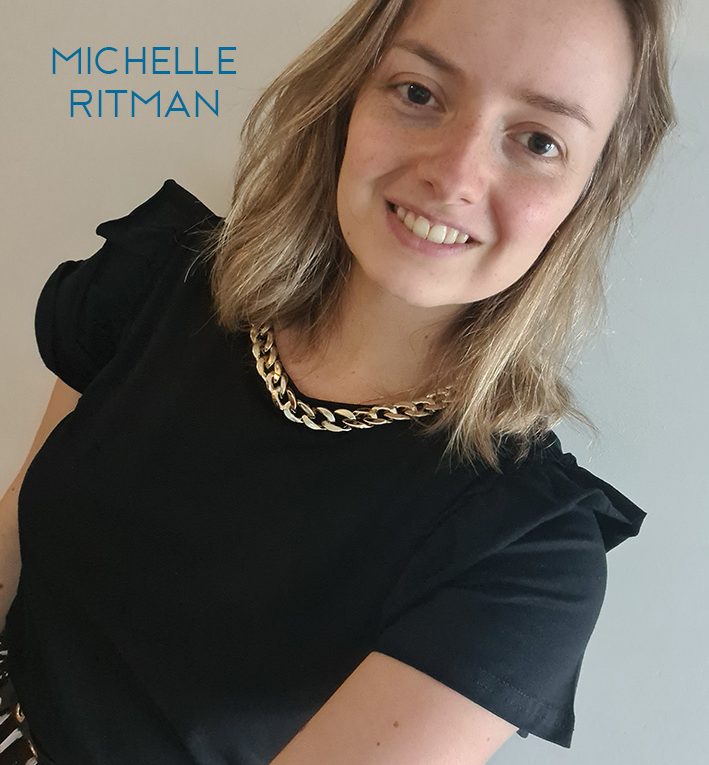 My name is Michelle, I’m 25 years old and I live in Utrecht, The Netherlands.

Like many others, I discovered KEiiNO during Eurovision 2019. During the Eurovision period, I watched quite some interviews and videos and I remember seeing and liking them a lot in those videos. During the final, I was talking over WhatsApp with friends, and I actually looked up what I said about them during the voting, which was “What is Norway doing so low?”. I’m still happy about the televote correcting the jury score to this day.

“Spirit in the Sky” remained on my Spotify playlists during 2019 and 2020, but I wasn’t actively following them back then. Funny story, I actually told a friend at the beginning of January 2021 “you know, I should really start to listen to some new music, I’ve listened to the same playlist for a year now”. Two weeks later my YouTube algorithm decided that I needed to see the first MGP performance of “Monument”, and I was sold within a few seconds.

After seeing that performance I decided to look them up on social media. I was very happy to see such a positive (and active) community supporting Tom, Fred and Alexandra in everything they do. The combination of admiring KEiiNO’s music and the positivity that radiates from them and their fans made me join the fandom.

Did it happen all at once or was it something that slowly escalated over time?

For me, it was a very clear case of “all at once” back in January, but it definitely helped that I had heard about them before.

People often express the opinion that fandoms are for teens and young adults and it’s childish when adults are passionate about an artist, they should have better things to do.  How would you explain your passion and fandom around KEiiNO, if you were to explain it to others, why you are this much into one band?

I’m familiar with the sentiment. Ten years ago, when I was a teen, I was closely following a band that a lot of adults liked. I remember sometimes feeling weird about them being really obsessed and not being able to talk about anything else. Now that I’m an adult myself, I still think of their actions as ‘weird’. I try to avoid behaviour like that and navigate towards being supportive, yet relaxed.

I have to say I laughed about the ‘they should have better things to do’ part. Of course, I have other things to do: I work full-time, I play sports about 4 times a week, I play two musical instruments, I meet up with friends (over Zoom nowadays, but still) and I have a place to live that I keep clean. But that leaves me with a lot of free time in which I enjoy listening to music, watching YouTube videos, and so on.

So why KEiiNO and not any other artist? I’ll start by saying that their music is great. Their voices work very well together and the different elements in their songs make their music very interesting. It’s not very often that I listen to an artist’s entire discography, because I get bored quite easily, but KEiiNO is an exception to the rule. Second, it’s definitely their personalities and the space they have created. I feel invited to their world and I can see the passion in their eyes when they talk about their music and each other.

How do you feel you benefit, personally, from following KEiiNO and participate in the fandoms around them?

I have a lot of fun discussing KEiiNO-related stuff with other fans in the Facebook group and during the YouTube live chats before video premieres. For the same reason, I really look forward to meeting other fans in real life during concerts. I love meeting people from all over the world and talking to them and I can’t wait for that to happen again.

Second, I feel like the positivity that radiates from KEiiNO is very beneficial for my mental health. A couple of friends have told me that I smile a lot more lately. If I had to name one thing for every KEiiNO member that has influenced me, I would say that Tom enthuses me to put some more time into my cooking skills and looking up some new recipes, Fred motivates me to learn about Sami culture and cultures in general which I really love, and Alexandra inspires me to take better care of myself and to be myself unapologetically.

Oh, and lastly: travelling to Norway has been on top of my list for quite some years, and the “Monument” music video was the last little push I needed to book a trip for the summer. Fingers crossed that it will work out of course, but I am beyond excited!

What are your hopes for the future of KEiiNO and how would you like to contribute towards that?

Everything I could hope for was already promised: a new album and a European tour. I would love to meet them in person one day and a European tour would be the perfect opportunity for that. Apart from that, I hope that Tom, Fred and Alexandra can pursue their dreams as KEiiNO, whatever they may be. I would like to contribute to that by being there, in the crowd, and I can’t wait!