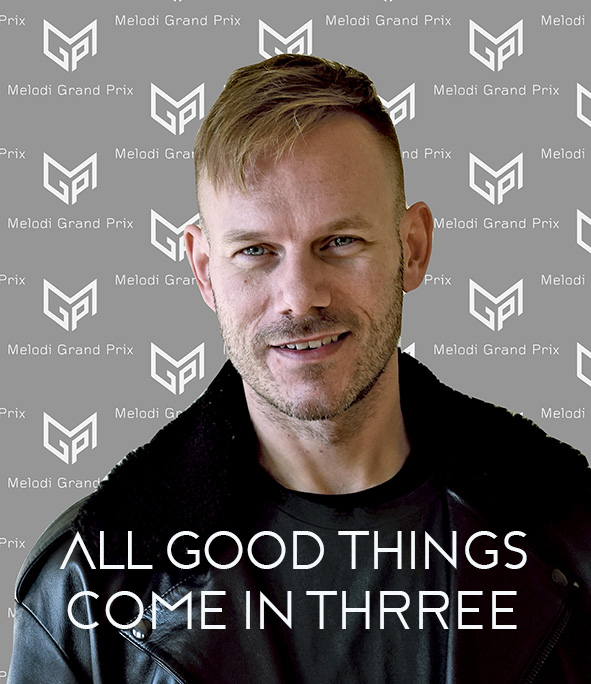 Kristiansander Tom Hugo Hermansen (39) is in the Melodi Grand Prix for the third time, this time as part of a trio.

Tom Hugo Hermansen brings two other musicians on stage during the Melodi Grand Prix this year.

– Since I didn’t reach the top alone the first two times, I may have a better chance in a group, jokes the artist who commutes between Berlin and Kristiansand.

Tom Hugo worked in secret on a musical theme for MGP with her husband Alexander Olsson, who is the co-composer of the song.

– It was inspired by historical struggles that are about the right to be the way you are born or want to live. It encourages everyone to accept, no matter how they are, explains the artist who declared himself gay a few years ago.

The song formed the basis of the MGP contribution Spirit in the Sky, which he performs with Alexandra Rotan and Fred Buljo. When Tom Hugo participated in the MGP in 2013, where he reached the semi-finals, he was recommended by certain industry figures to hide his orientation.

– I felt that in this song it was natural to involve a Sami since the Sami have for a long time had to fight to be allowed to speak their language and practice their culture. The song I feel expresses quite clearly where we are from, with its folk music-inspired tones.

When Fred Buljo (30), known from Norwegian Talents, came on the field, who is actually a rapper, they experimented with rap in addition to yoik.

– We found out that there were too many styles and there are enough elements in the song as it is now. It is also the first time Buljo joiks in public, Hermansen explains.

The song is composed together with Alexandra Rotan, who also appears on stage, and with the Finnish music producer Henrik Tala.

The reason why Tom Hugo has given MGP a second chance is that he himself is a fan of the concept.

– MGP is about the only program on Norwegian television that brings together all the people and one of the few surviving programs where the artists are allowed to sing their own music. In addition, the program has its own fan clubs, which is special in itself.

The band name Keiino is not the initials of the members but is a word for “road”, both in Sami and Finnish, if you remove one of the i-letters.

– It is incredibly difficult to choose a band name. We wanted something short and simple, and since Fred is from Kautokeino, someone suggested Keiino. We added the extra i-letter so as not to be confused with Norsk Tipping or something Japanese. I think it’s the road to Tel Aviv it’s about, or that we all found a common path, Tom Hugo philosophizes

Alexandra and Tom Hugo became famous during MGP 2013, and when Tom Hugo and Fred came to the conclusion that they wanted a female front figure, they both thought of Alexandra who reached the gold final last year and who has previously made a name for herself through MGP jr. and as a singer for Alan Walker.

– We both think she has a sickly good voice. She is very professional on stage to be only 22. Luckily she liked the song very much. She had been offered to sing another song, but fortunately chose to collaborate with us. It just said click when we went into the studio for the first time, all of us. I love singing in bands. It’s a lot more fun there than being a solo artist.

Keiino is a favourite among betting analysts, something Tom Hugo thinks is cool.

– This is the first time I am a favorite in anything, and it is really a vitamin injection for everyone involved. This means that we invest more time and effort in making it good.

He believes that it goes the way.

– We are outsiders in the sense that we are not celebrities on an equal footing with the others, he believes.

How the show is visually seen, he has no idea.

– We let NRK control with costumes and choreography. The show aspect is important, but for us, it is the song that is most important.

The advantage of being in a band is that they can divide the promotion work into three.

– If we get to Eurovision, we are more who can keep in touch with the media and the audience. We already get so many messages, and there is a lot for one person to handle. In