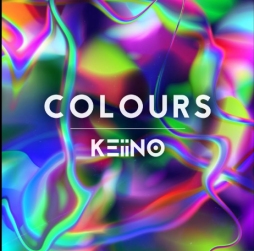 COLOURS is the name of the new amazing single by Norweigan KEiiNO, and us who are in their official fangroup, which you can find on https://www.facebook.com/groups/KEiiNOFANS/ , were gifted a 1,13 minute long snippet of the song, Thursday at lunchtime. And oh, this song has everything. A child joiking, Sápmi text, english, loads of instruments and is SUCH a happy song you can’t not sing along to, and jiggle around on your chair, unless you’re on the floor dancing.

As usual, KEiiNO has been teasing us for a while, starting by showing us the cover, making us guess the name of the new single. Next was photos from the video shoot just outside Alta, where Fred, the Sami, was freezing his behind off, while the two others were feeling warm and nice in snowsuits, which has lead some fans think about just WHAT is Fred wearing underneath all his jackets, to be THAT cold compared to the other two??

Right now its one minute before January 31st, and the song is released and so is this post