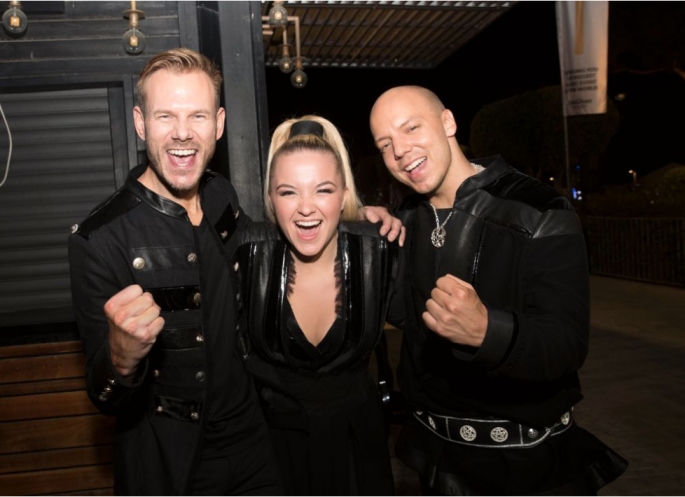 “Spirit In The Sky” rockets off in a line of European countries, after the triumph of the people at Eurovision Song Contest

The day after, and KEiiNO is 5th place in the world’s biggest music competition, this is increasingly similar to a major feat – in the light of the fact that “Spirit In The Sky” received the most votes from the people of Europe, after lukewarm jury verdict.
People’s voices across eight countries gave Norway a top score. And in those countries “Spirit In The Sky” makes it strong on iTunes.

In the UK, the song is the most popular of all ESC elements, with third place.

In Sweden, “Arcade” peaks, but at the time of writing, “Spirit In The Sky” actually lies ahead of Swedish John Lundvik’s “Too Late For Love”. They are in second and third place respectively.

-This is quite wild, a dream come true. The goal was to win the audience votes, and we did – with a moderate show measured against many of the others. The combination of the available music and joik is something that works in more places than just in Norway. We also have no record label on the back.

In Denmark, Lundvik peaks, while KEiiNO takes second place in front of “Arcade” in third.

In the Netherlands, the country’s own ESC winner is not unexpectedly at the top. “Spirit In The Sky” is in third, ahead of Lundvik in fourth.

KEiiNO ranks fifth in both Germany and Austria. In Ireland, they have 13th place, and are the second most popular ESC song, after “Arcade” in fourth place.

In Australia, the ESC fever is not quite as hot as in Europe, but “Spirit In The Sky” is the third most popular of the Eurovision songs “down under”. The countries own contribution is in seventh place, “Arcade” in 33rd and KEiiNO in 50th place.

The host country, Israel, also greatly appreciates the Norwegian joikepops song. The popular vote gave Norway the second best position on Saturday night, and “Spirit In The Sky” ranks third on iTunes there, behind “Arcade” in the first and the Italian contribution in second

In Belgium the KEiiNO song goes to eighth place, in Spain to tenth.

And in Norway? There’s the trio on top – with Duncan Laurence behind them.

The effect of the Eurovision baluba will not be announced until Monday.

The daily hitlist of the streamingservice shows that the enthusiasm for “Spirit in the sky” grew a lot in Norway, on the day of the finale: 90.215 plays and a third place opposite 58.562 plays and an 11th place the day before.