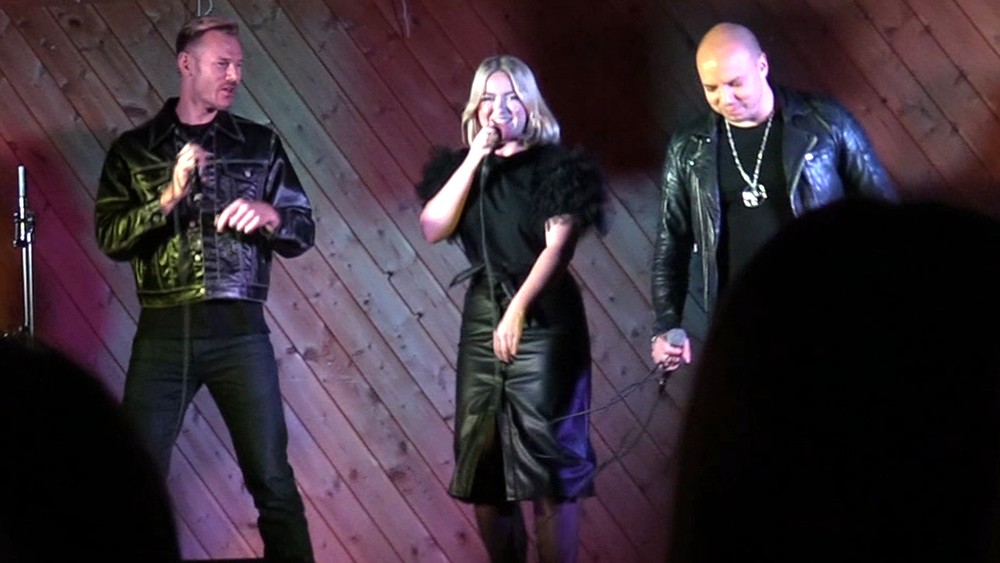 Fred-René Buljo wanted to give something back to home. So he brought KEiiNO with him home and held a free concert for all the youths in the village.

The last year has been busy for Fred-René Buljo, Alexandra Rotan and Tom Hugo i the band KEiiNO.

In May they were standing on the stage in Tel Aviv, in the finale of Eurovision Song Contest. There they won the viewers’ votes and landed in a sixth place.

Now the band has just come back from a tour in Australia and New York, but today it was the kids in Kautokeino who were in focus

At the concert the youths heard the new song, “Dancing in the smoke” and of course also the Eurovision-hit, “Spirit in the sky”.

It’s the two others in the band are in Kautokeino, which the band KEiiNO is named after.

The youth was satisfied too

The Headmaster in Masi thinks the atmosphere was at the top.

The kids had been looking so much forward to the concert, says Dahl.