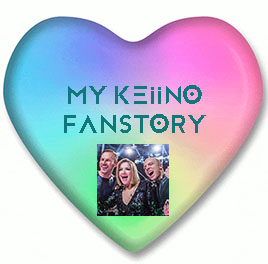 I have a thyroid disease which, when it really acts up, means my body doesn’t take up the vitamins, minerals, and nourishment from the food I eat, which affects my organs so they start to shut down.

On top of that, the past five years have been absolutely HORRIBLE.

Because of an autoimmune disease, I have difficulties with my balance, so when I lived in a house five years ago I fell down the stairs so often I, in the end, had to move away to be safe.

Shortly after I moved to a flat, I was in a traffic accident where I landed with my head on the ground first (no bikehelmet)and also I got a thread of the Trigeminous facial nerve stuck in my jaw, so the next two years I was in a lot of nerve pain and on morphine painkiller.

My life consisted of pain, exhaustion, and sleep, and no real help to get, hilariously enough, I wasn’t sick enough for that.

My kids were so young then and couldn’t help much either, and funny enough “friends” had disappeared with the speed of lightning when I suddenly needed help instead of being able to help them. The network I thought I had, turned out to be non-existent.

Then someone found it right to report me to social services because I didn’t have the strength and energy to tidy up my home because of all that I was going through. So I spent the next year frightening they would take my daughters away from me, plus I got my entire biological family on my neck because i “didn’t pull myself together”… not ONE of them would think of offering to HELP me instead.

Two and a half years ago, my mum began to die.

She wasn’t ill or anything, she just faded away reeeeaaallly slowly,  and no matter how ill I was myself, and no matter how I struggled enough with coping with life myself, all people around my mum DEMANDED I took care of her and would shame me out like a dog that had peed on the carpet, if I said no, trying to have a break. And because I’m one of those who grew up with neglect and abuse, I have never grown a “spine” as you say, to say no and put my foot down.

I was more and more broken down psychologically and developed severe depression and anxiety because of it all, I was so stressed and worn out that I could hardly remember my own name or my daughters’ names. When they asked me a question I forgot the question before I had the answer, it was so horrible. Then my thyroid disease for REAL began to be bad because it’s very affected by stress. At that point, I didn’t even want to live any longer. it was so clear to me that according to everyone else, I was not worth anything but a hardworking slave, and the only way I could find peace from this living nightmare, was to let go of this horrible life. Not even my strong love for my daughters was enough any longer, to make me want to live. I figured they would be best off without a mom like me, growing up in another family with a mom who wasn’t ill and who could provide them a proper life.

So last year, during Eurovision week, we were all three watching what I thought would be the last Eurovision shows together when KEiiNO came on the second semi-final, and Tom began to sing. Those bright blue shining eyes directly into the camera and his amazing voice, Alexandra’s amazing angelic voice, Fred’s liveliness, and amazing joik, the beauty of them all, and then the explosion into the chorus with drums and all… it all ignited a flame inside me and made me want to hear more, so as soon as the song was over, I grabbed my daughter’s phone and googled KEiiNO. I kept listening to “Spirit in the sky” over and over and over, and every time I heard it, I felt better. The more I read about KEiiNO, the more I wanted to know. The video interviews showing their amazing personalities made me want to see more.

I began to eat again, and slowly fight my way back. Two weeks later I had gained enough strength to go back home…  so I feel I truly owe KEiiNO my life….

August 21st, 2019, my mum passed away peacefully during her afternoon nap.

It was a relief that I no longer had to deal with all that alongside my own problems. It took me some months to get over though, because she was hardly cold and out of her home before her sisters began to show even more of their true colors, trying to cheat me out of my inheritance, which they clearly already had helped themselves massively too, when they had visited her and I hadn’t been around.  I was supposed to inherit what matches 15.000 English pounds, plus all the values in her home.  What was left in the bank was only 1800 pounds, and it only just covered the funeral. A lot of her values were missing from her home… only a very few left… her sisters had helped themselves to the rest when they visited her .. imagine a shock I went through.

After the first emotional and stress filled period from her passing, stress levels began to ease off, but instead, anxiety and depression from exhaustion took over and I hit rock bottom for a long, long while, which I am not up from yet. I have been diagnosed with heavy PTSD, and am very sensitive to sound, smells, touch, other people, and most of the time horrible behavior towards one another, so I have become very isolated trying to protect myself.

Because of all the health issues, physical as well as psychological, it is very limited to how I can fill my days with good things. My days are filled with 80% “bad” and 20% “good”. I don’t have as many hours in a day as others have, I have a “battery” which empties very fast and needs re-charging by sleep, but however hard it has been to see my active and social outwards happy life go down the drain, I have learned to accept it and live with it.

What gets me up in the mornings is my daughters, who need me before school, and what keeps me from not going back to bed when they leave, is the passion for fuzzing about with KEiiNO stuff, my KEiiNO website, translating articles, the fangroup on Facebook, while listening to their music.

Because of limited time and energy, it’s important to me not to waste time or waste energy on things that don’t mean anything to me.

Because of my history, and what the existence of KEiiNO did for me and mean to me, working with the fangroup, my website, etc. is of great importance to me. It keeps me from going completely under, mentally. And for this, I put all my reserve energy – after household duties – into doing what I do, translating, communicating with other fans, listening to music, tell everyone who wants to listen, about KEiiNO and how amazing they and their music are.

Getting an interview with them for my website was a dream come true. I’m a nobody – and still, they did it…I felt like I won the lottery.  It’s probably some the happiest I have felt since I became a mom the second time 11 years ago.

So there you go. The story behind, and the reason for, my passion for wonderful KEiiNO.