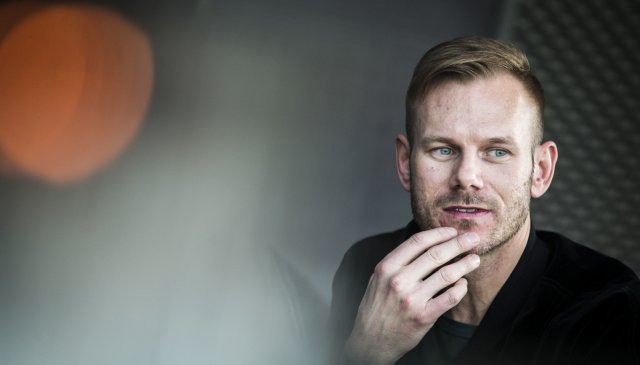 The Eurovision-winner, Tom Hugo, never thought he would marry a man:  – I felt ashamed

For 27 years, Tom Hugo suppressed that he was gay. When he met his future husband, Alex Olsson, all pieces of the puzzle fell into place.

KEiiNO, consisting of Fred Buljo (31), Alexandra Rotan (22) and Tom Hugo (40) were clear favorites before Saturday’s Eurovision Finale in Oslo Spectrum and ran off with the victory in this very popular music competition.

To “Here and Now”, Tom tells that the song, “Spirit in the sky” has a special meaning. The song is inspired by historical battles for equality, across ethnicity, gender, and sexual orientation.

Amazing liberation
Came out of the closet as 27 year old

Tom Hugo tells that he during his teens knew he had feelings for guys, but the Kristiansander still had a girlfriend until the end of his 20s.

It took him a long time to accept his orientation, and because of this, he didn’t come out of the closes until he was 27 years old. The singer tells that the meeting with his current husband, Alexander Olsson, was the turning point.

Being able to talk openly about who he is, has been a turning point, the pop-artist explains, who has participated in the Norwegian ESC-finale twice earlier.