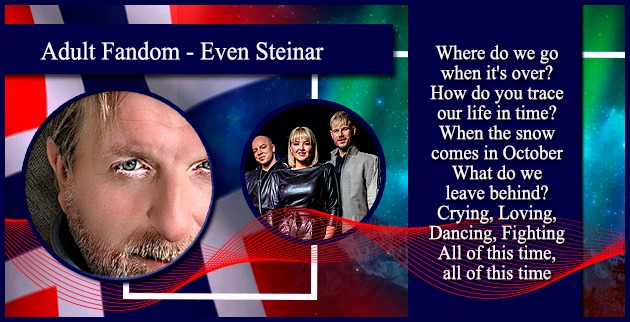 My name is Even Steinar.
My age doesn’t matter, it’s just a number, but I am an adult.
I grew up in a village in a little municipality by the coast in Norway. When school and my further education in the city were done, I chose to move back to my village.

The first time I heard KEiiNO was when they were presented as participants in Melodi Grand Prix in 2019. (Melodi Grand Prix is the national selection in Norway). The catchy song, “Spirit in the sky” made a strong impression right away, for one (me) who has a big heart for great pop music.

There was something about their style, the composition, performance and the way they treated their fast-growing fan base, which made me feel that this was more than just a group who wanted to make a Eurovision song, and say that their goal had been reached with it. 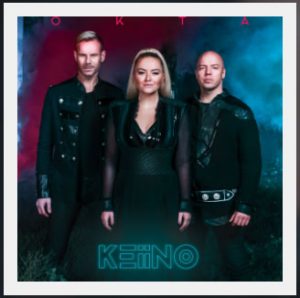 They had a message which was much deeper than the catchy pop song, which as usual has its three minutes in sparkling gold glitter, glam and pyro effects on the Eurovision scene. We were proven this in the work with their debut album, which got the title OKTA, which is Sámi and means ONE.

On the album, KEiiNO collaborated with several musicians with indigenous backgrounds. It’s their choice of dissemination of music which makes me love this group more and more.

The group consists of three clearly strong personalities who are shaped by their pasts and experiences of good and bad. They manage to pass this on in great pop songs which could be just that – a pop song, but which could also be something more, MUCH more, if you want to dig deeper into the lyrics.

Stating why you spend so much time and energy on the group, KEiiNO, is difficult to answer in short. I am a guy who has had music as a backdrop for most of my life. Both in my youth and now as an adult, the music has enriched my life. It has been the element that brought me further on, so to speak.

Occupational I have been in the banking world, an office assistant in my municipality within the economy and the social- and health service. The last 15 years I worked, was in the Norwegian postal service. I worked by the desk but was also mailman.

When I during the years developed some health issues, I began to spend more time on volunteer work. Now I am a bookkeeper for an organisation, and now that I have some spare time, it’s natural to spend it on something which means so much to me – namely the music. And KEiiNO is for me the natural choice to be a frontier for, in this connection.

As a music enthusiast, I feel it has always brought me good friends, both within my own country as well as a lot of interesting acquaintances worldwide.  It enriches, both in relation to learning about other cultures, music genres and the understanding of other people. 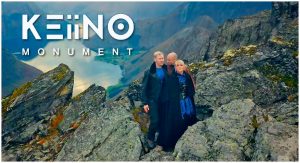 When it was announced in January that KEiiNO was going to take part once more in Melodi Grand Prix, the Norwegian national selection for Eurovision, I was quite surprised, but pleasantly so.

Not many would have expected that they would choose to do this so soon after their last, but those of us who have been following Eurovision for over a decade, know that trying several times may result in eventual victory, both within the country’s own competition, and in the Eurovision final itself.

There were many who waited anxiously the evening before Monument was released on 15th January. We all knew beforehand that there is always quality in what KEiiNO creates, but would this new song be such a strong pop song as we wanted and expected?

After a few listens, the answer was a resounding YES. ‘Monument’ is forged on a whole different level, and has a much greater depth than their former Eurovision song, ‘Spirit in the Sky’ and ‘Monument’ is a song that may also garner an even larger audience.

At least, that is my hope for the group. They are hardworking artists, true professionals, with a unique individuality, driven by their desire to promote and preserve indigenous peoples’ languages and traditions, and to hold up a mirror to  human inequality. If they continue on this path, then this will firmly put KEiiNO in the music history books, which will be in itself a worthy monument.

Personally, I will follow the group’s career further and it will be very exciting, because if it goes as I hope, then KEiiNO will further develop their style and genre. Their music can and will span a lot further.