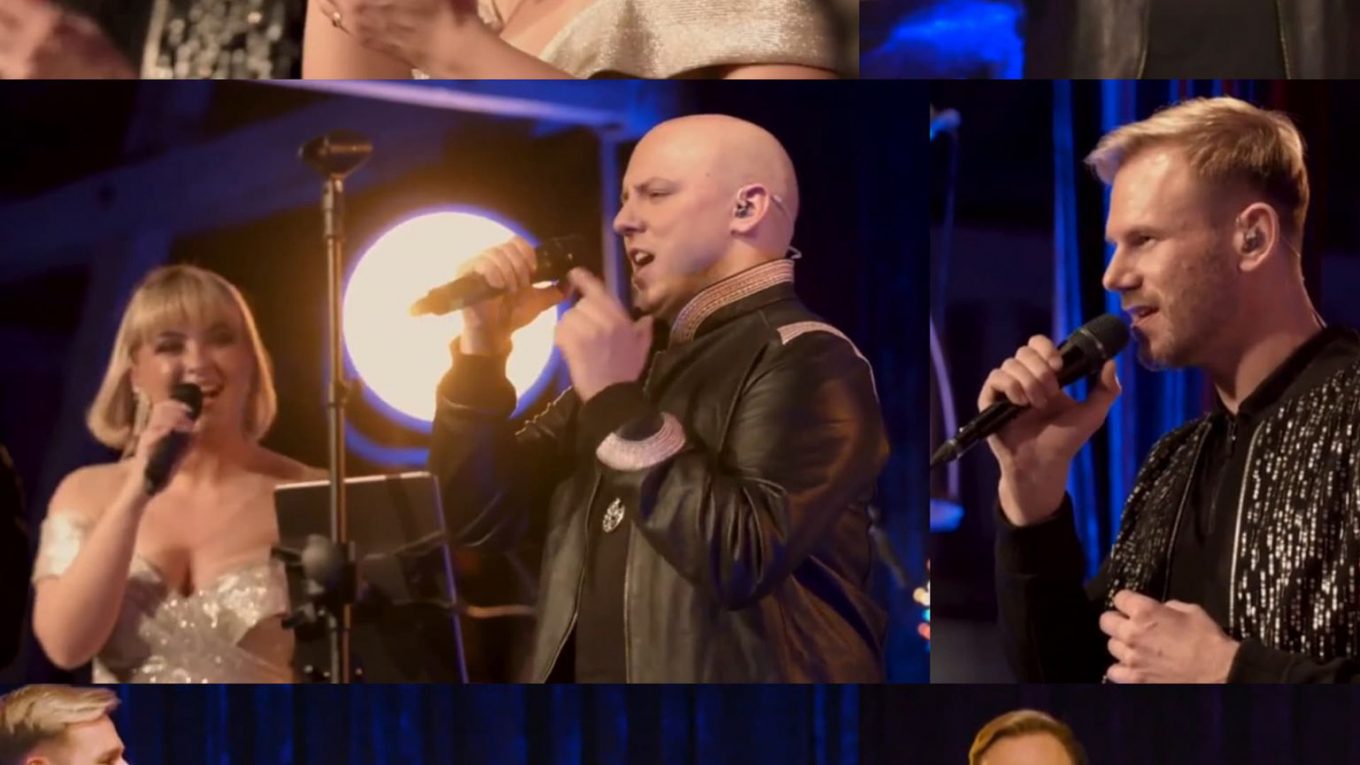 It has been a couple of days since the release of the online concert, “Christmas Spirit In The Sky”, by my favourite band, KEiiNO, and I am still enchanted by it. I have been watching this concert on repeat or playing it in the background during my working hours from home.

I decided not to review each song, but the concert itself, and to describe the impression it has left, and it is still making. I have to say, I am really impressed by the talent and the personalities of Tom, Fred and Alexandra, and the brilliant musical skills of their band as well. They manage to create a beautiful, warm and dreamy atmosphere, which can bring everyone in the Christmas mood, even the “Grinches” amongst us.

The choice of the band to surprise their fans outside Norway with an online concert has been welcomed with enthusiasm and joy. Joy is also the gift KEiiNO has given us so far, the gift of their music which makes the dark times we are living in right now, brighter.

In this concert, KEiiNO performs a mix of traditional, international, Norwegian and Sami songs and also a couple of their own songs in a new style. Long story short: It is the finest musical menu you can be served for Christmas.

“Last Christmas”, “Winter Wonderland” and “All I Want for Christmas is You”, with the touch of KEiiNO sound even better than the originals.

There are joyful songs but also moody songs which represent perfectly the real Christmas spirit. The holiday season is for some of us a difficult period because of the loved ones we lost and a song like KEiiNO’s own, “A Winter’s Night”, gives us comfort while dealing with those losses.

Each and every song performed by the Norwegian band is a highlight, not to mention the vocal skills of Tom, Alexandra and Fred, accompanied by their impressive band. Tom singing “Halleluja” and Fred’s duet with Alexandra, performing the Finnish/Sami version of “Walking In The Air”,  are a class of their own.

“Christmas Spirit in The Sky” can be considered the best Christmas gift for everybody who truly loves and appreciates good music.