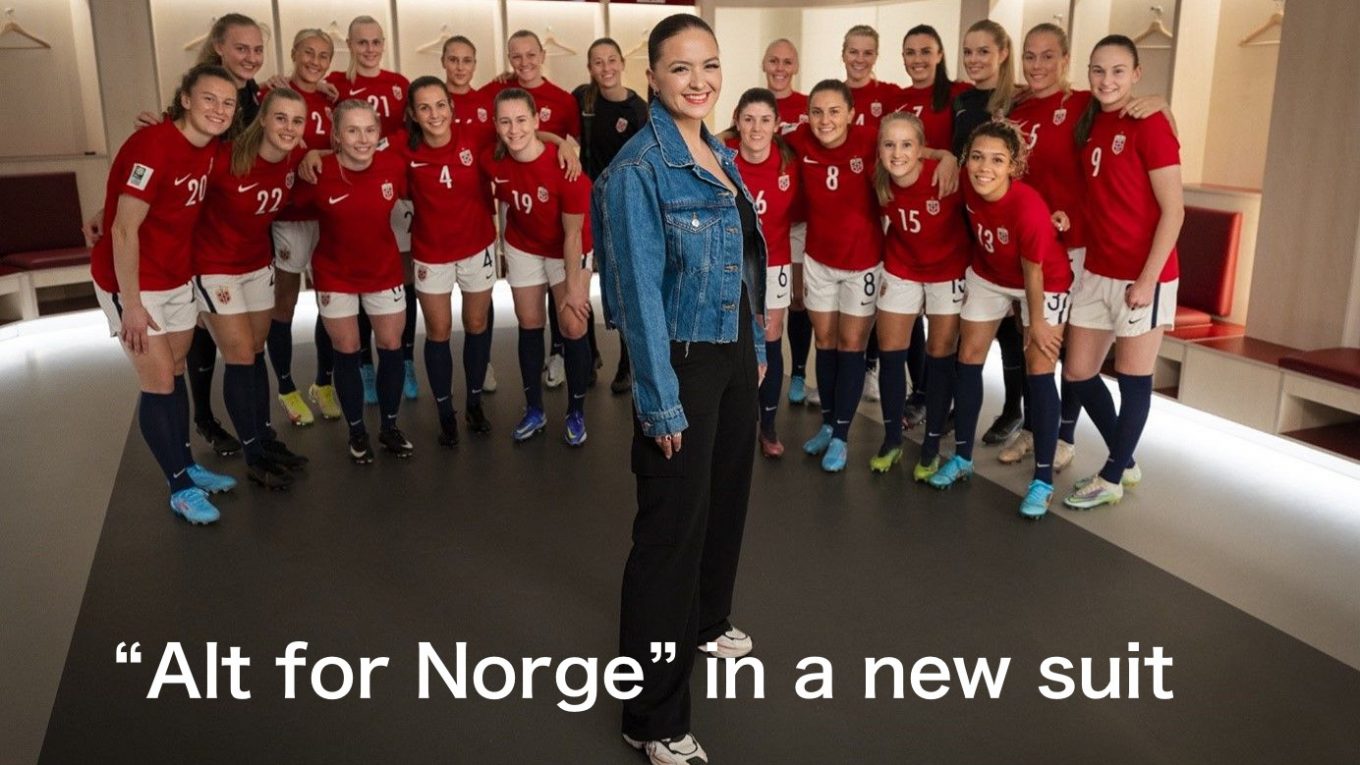 Alexandra Rotan is in front when the championship song “Alt for Norge”, is relaunched.

“Alt for Norge” (Everything for Norway), elected the championship song of all time, was once the men’s national team’s official song for the World Cup in 1994. Now that our best women are going to the European Championships, a new version of the song which was originally written by Ivar Dyrhaug and Torstein Flakne.

The song is made in a collaboration between NFF and the public broadcasters NRK and TV 2. Dyrhaug has re-written parts of the text to make it better suited to this year’s event: It will no longer be «our best men», but now «Norway’s best team» who is going into battle.

Commercial director of the Norwegian Football Association, Runar Pahr Andresen, both hopes and believes that many with him, will look forward to cheering the national team with the new version in singing together.

– “Alt for Norge” is the Norwegian championship song of all time, which is still sung by the audience at Ullevaal. In connection with our best women going to the European Championships, it was natural to make a separate version as well, which fits in with the championship. We are very pleased to have Alexandra on the team and look forward to cheering the national team in the European Championships with “Alt for Norge” in a new outfit, that may appeal extra to a new generation of national team supporters, says the commercial director of NFF, Runar Pahr Andresen.

The song is performed by Alexandra Rotan, known from Stjernekamp and KEiiNO, and is produced by the producer duo TRüH, which consists of Tom Hugo Hermansen and Rüdiger Schramm. The 2022 version of “Alt for Norge” will be used to promote this summer’s European Championships, which will be broadcast on NRK and TV 2.

Vocalist Alexandra Rotan is happy to be able to contribute her voice to such an important song for Norway.

– When I was asked to make a new version of “Alt for Norge”, I immediately thought that this was an opportunity I could not say no to. It’s a song we all have a relationship with, and I hope we can create new football memories with the new version. I believe in gold for women this summer, says Rotan.

“Alt for Norge” is available for streaming from today, 13 May. In connection with the relaunch, a music video will be released later this month.

The opening match is on Wednesday 6 July and Norway opens against Northern Ireland on Thursday 7 July. The final itself is Sunday, July 31st.