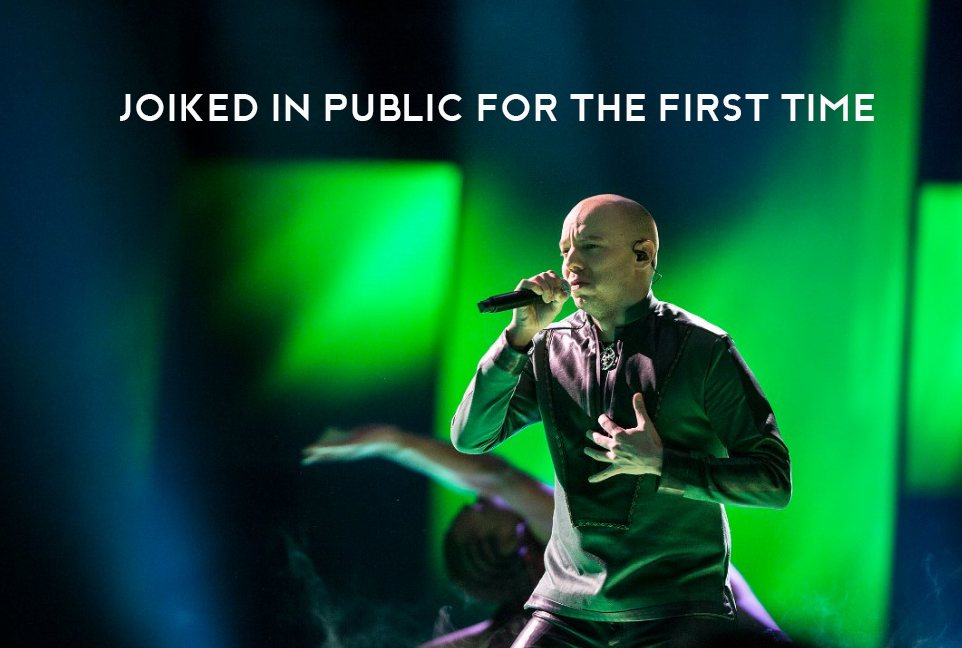 KEiiNO and Fred Buljo ready for Eurovision in Tel Aviv in Israel May 18th. This was clear after the Norwegian Melodi Grand Prix-finale in Oslo Spektrum Saturday evening.

— I was super nervous, KEiiNO-member Fred Buljo from Kautokeino said, during the NRK-broadcast about his own performance.

The Program manager Kåre Magnus Bergh asked Buljo how he felt about getting to joik in front of 200 million viewers if they reached the international finale.

Tom Hugo Hermansen and Alexandra Rotan are the other members of KEiiNO.

This is how it happened

During the initial round of points, where the European jury was valuating the songs, the top favorites KEiiNO received a flag. This was from the hosting country of the MGP-finale, Israel.

When the European and the Norwegian votes were counted into one, it was clear that Adrian Jørgensen with “The Bubble” and Anna-Lisa Kumoji with “Holla”, KEiiNO with “Spirit in the sky” and D-Sound with “Mr. Unicorn” passed on to the semi-finale.

After yet another round of voting, Adrian and KEiiNO met in the golden duel, where it became clear that KEiiNO are representing Norway in Melodi Grand Prix.

This is what VG’s reviewers write: “The implementation is pure Eurovision. Even though you certainly could wish for the sceneshow to accomplish more. However, from the engaged Rotan comes in, until the brutally correct joik which connects everything into something else and greater than itself, is this an exceptionally brilliant contribution.”

In Dagbladet they thought that KEiiNO would be able to excel: “Musically it isn’t formidable what KEiiNO brings to the scene, etno-techno is not necessarily an ear-hanger. However, this song has enough difference to potentially excel in the greater context”.

In iFinnmark had a chat with the Finnmark-boy and Duolva Duottar-rapper around two weeks prior to the finale. Like on the scene in Oslo Saturday, Fred Buljo also told that it was the first time he had to joik in public.

— Soon you are debuting as joker, do you think you are going to suffer a little from stage-fright?

— It is the first time I do it in public so I am a little nervous about it, but I don’t have stage-fright, he said to iFinnmark, while laughing.

— I had to find an expression which is me. I had to find the joik within myself and I feel I have done that, the Finnmark-guy who in daily life works in a Sámi kindergarten in Oslo.

Something you perhaps didn’t know about KEiiNO, is that they have made a joik-challenge where people can joik through a soundfile.

— We hope that our song, “spirit in the sky”, will inspire people all around the world to joike, is written on KEiiNO’s website.

Buljo tells that they have fans so far away as America and Israel.

— I hear it is huge and it stands out. We have mixed both Norwegian, Sámi and EDM. We were really excited to see how people would react to this. We wondered if it would be a complete stew. But it is really great that we have made the right choice, Buljo said to iFinnmark.

Barely two weeks before MGP, KEiiNO’s “Spirit in the sky” was described as the MGP-song with the largest chance to win.

Fred Buljo was telling this with joy, but he also told that it created a bit of worry for the band.

— It is really fine, but at the same time also spooky. We take one thing at the time and until 2nd of March, we just have to practice and focus. We are very focused on doing a great job, Buljo says to iFinnmark, before the finale.