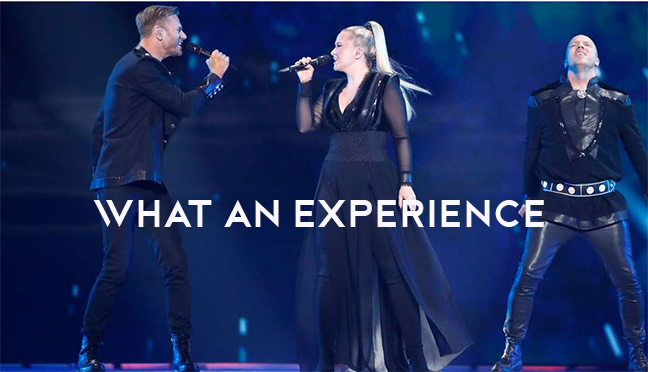 People in the entire arena danced and sang during the entire KEiiNO’s “Spirit in the sky” in the Eurovision semi-finale Thursday. Now the final destiny is in the hand of Europe’s voters.

— What an experience. The entire arena danced and sang along, what a cheer. We had an awesome time and would love to do it again. Now we cross our fingers for a finale spot, says Alexandra Rotan through NRK’s press contacts.

During the perforance there was rhythmically clapping in the entire press center, and everything was rounded off with cheers – not only from the Norwegian journalists.

Norway was number 15 on stage and with this, among the last of the 18 artists who performed in Thursday’s semifinale, the second in the line. Alle the artists are introduced with a postcard, this time with dancing. Norway’s introduction was recorded in the desert of Judea.

Earlier Thursday evneing, Swedish John Lundvik performed one of the big favourites, “Too late for love”, also with an enormous applause in the press center. The Sweden tops the betting agencies’ lists along with The Netherlands’ Duncan Laurance and “Arcae”, which was performed after Norways performance.

Thursday’s semi-finale has been described as a “minifinale” and “Group of death” because so many of the favourites are in that finale. Amongst them is also Russia, Aserbajdscjan and Switzerland. Denmark is the last of the Nordic countries in this semifinale.

Ten of the countries continue. Which that is, will be clear when the votes have been counted late Thursday evening.