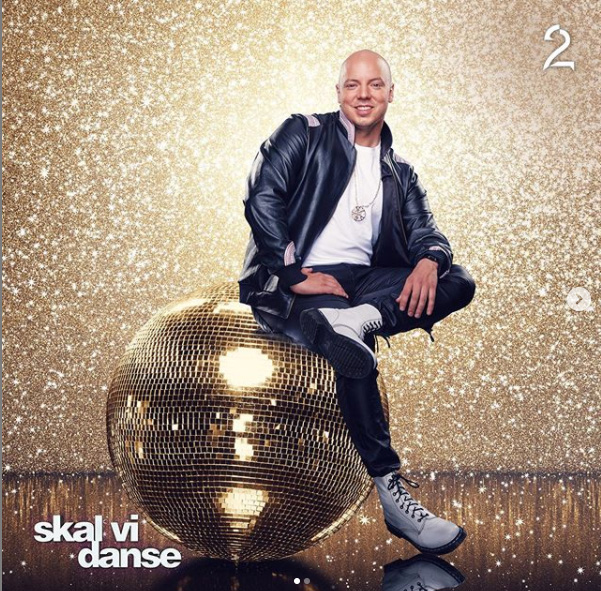 August 17th it was announced that Fred Buljo was one of this year’s contestants in the Norwegian version of “Dancing with the stars” – here called “Skal vi danse” with dancing partner, Lillian Aasebø.

Us KEiiNO fans were very excited to learn this and it was a long wait for the program to start – only for international fans to realise, they wouldn’t be able to watch it. So I recorded with my mobile phone, in my sitting room, Fred and Lillian’s dances, over the three Saturdays they were dancing, before being voted out last night.

Danced to his own joik

Fred and Lillian were couple number 7. This meant quite a long waiting period for us fans at every episode. But every time was worth the wait. Seing Fred’s happy face and dancing with Lillian. First episode they danced the Wienerwaltz, to a song Fred was singing and joiking to.

First episode, no contestants were voted home. All continued to next Saturday. Although all got some words on their way from the judges, and Fred was told he was a bit too stiff and needed to relax more and endulge into the moves.

Saturday the 12th of September, Fred and Lillian were doing the Samba. At a point here was a slight panic, as I had my home full of guests due to my oldest daughter’s confirmation, but I got it filmed for our international fans to enjoy. Personally, I think Fred and Lillian did well, but the judges didn’t, and because they continued after all, a lot of heavy slander and comments filled the comment threads over the next days.

Here you can watch for yourself, Fred and Lillian doing the Samba:

Saturday the 19th of September arrived and our excitement grew.
This time, they were doing the Tango to the music from the movie, “The Matrix”. We knew Fred and Lillian were in the dangerzone of going home, but we kept hoping and we kept voting. We passed the voting links to all the fangroup members, hoping as many as possible would vote. Sadly, it was not enough. Even though they did a lot better than some of the other couples, had a much more unique performance, were more creative and really outdid themselves, the judges down-pointed them, and viewers votes were not enough. Fred and Lillian had their last dance and went home.

Were Fred and Lillian supposed to fail from the start?

Following “Skal vi danse” on Instagram, and other threads on Facebook etc. it was obvious that even before the show even got off the ground, that it was in the air that Fred and Lillian were supposed to get voted home, already at the 2nd episode.

Even before the first episode, the media had announced them to be the candidates for failing.
How would they know? The show hadn’t started yet… and the other contestants started from nothing as well, and were also challenged by having to learn one new dance in only one week.
The same experience happens over and over with other programs and reality shows – media talk up the winner and talk down the loser, to imprint on people who can’t think for themselves, watch for themselves and make up their minds on their own, who wins and who loses. We saw it in X-factor, how the media kept praising a contestant and kept saying “she is going to win, she is going to win” already after first episode, even though that contestant was nothing more than what already existed in the music industry, while others who were much more unique in style, voice and performance, were hardly even mentioned. And voila, most people voted for the one the media from the beginning had announced as winner…

Stepping of my oppinionated soap-box