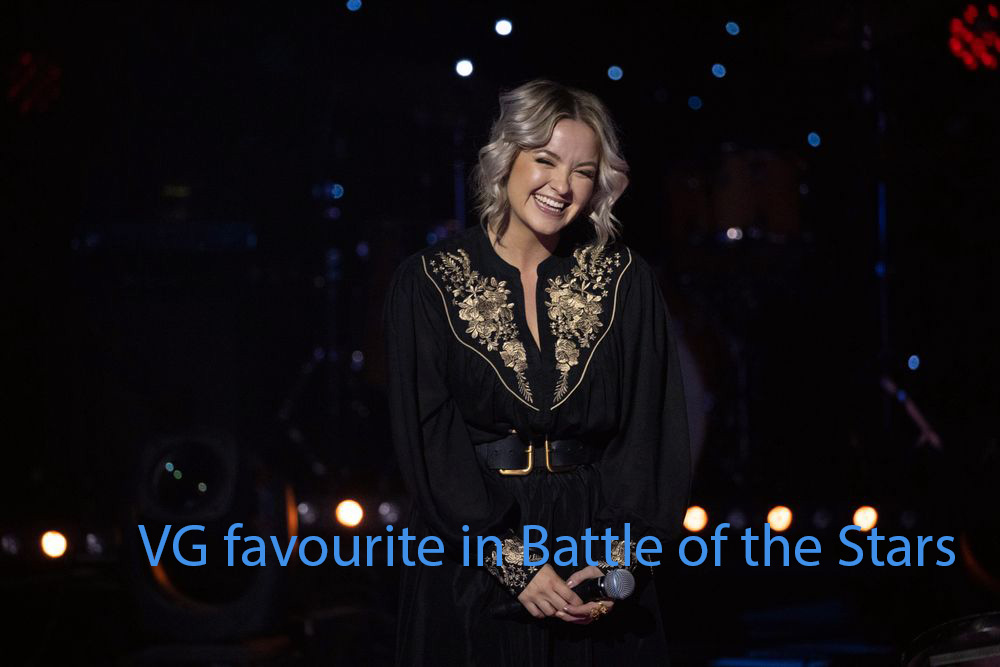 Alexandra Rotan is the favorite of the VG readers. So far this autumn, they have rewarded her with three sixes and six fives on the VG dice throw for their efforts in “Battle of the Stars”.

Thus, she has beaten the competitor Bjørn Tomren with a six and a five and on Saturday night, she is ready for the finals in this autumn’s “Battle of the Stars” on NRK.

One by one, the competitors have been knocked out in the nine previous programs. Now it is between Alexandra Rotan and Bjørn Tomren.

Together with our music critics, the VG readers have also been involved in throwing dice and evaluating the participants’ achievements in «Battle of the Stars». Week after week.

Status so far, the autumn as a whole, is that Alexandra Rotan has done somewhat better than Bjørn Tomren.

The VG readers have given her a roll of the dice six or three times, respectively for her performance of “Queen of the Night”, “When I get Where I’m Going” – Brad Paisley feat – and “Never Enough (The Greatest Showman)”.

Bjørn Tomren, on the other hand, has rolled six times. First time with “I am a stranger” – Norwegian folk tune. Then with “Long Time Coming”. He can also boast five fives, three fours – and as the only one of the two finalists, roll the dice three times. It was for his interpretation of Red Hot Chili Peppers’ “Under the bridge” and the theme was stadium rock.

– I have not seen much of the dice rolls. Just read a little here and there. I know when I have not done well and then I do not need to read anything more about it, says Bjørn Tomren to VG.

Common to both finalists is that the interest and commitment was greatest in the semifinals last Saturday, where Alexandra set a new personal record with her interpretation of with as many as 43,325 dice rolls which resulted in dice rolls five for her part.

By the way, Bjørn did the same, who got 39844 for his interpretation of “You Make Me Feel So Young”, but he “only” got roll of the dice four.

Alexandra also ended the evening with a roll of the dice six from VG readers for her version of “Never Enough (The Greatest Showman)”.

– To begin with, I was very excited about how I would react to the roll of the dice. “Battle of the Stars” is the first time I stand on my own two feet and am judged that way. But what I have seen is that the more I have worked with a genre, the better dice roll I have gotten, says Alexandra Rotan to VG.

– Rotan is and will be a vocal gift, VG’s reviewer thought about her last performance before Saturday’s final and gave her a roll of the dice five.

Bjørn Tomren ended up rolling four dice from both the people and VG’s reviewer for his last semi-final appearance.

– His voice is always beautiful, but it is difficult to understand why he on death and life must sing at the very limit of his own depth of voice – this occasionally approaches talking rather than singing, concluded VG’s reviewer.