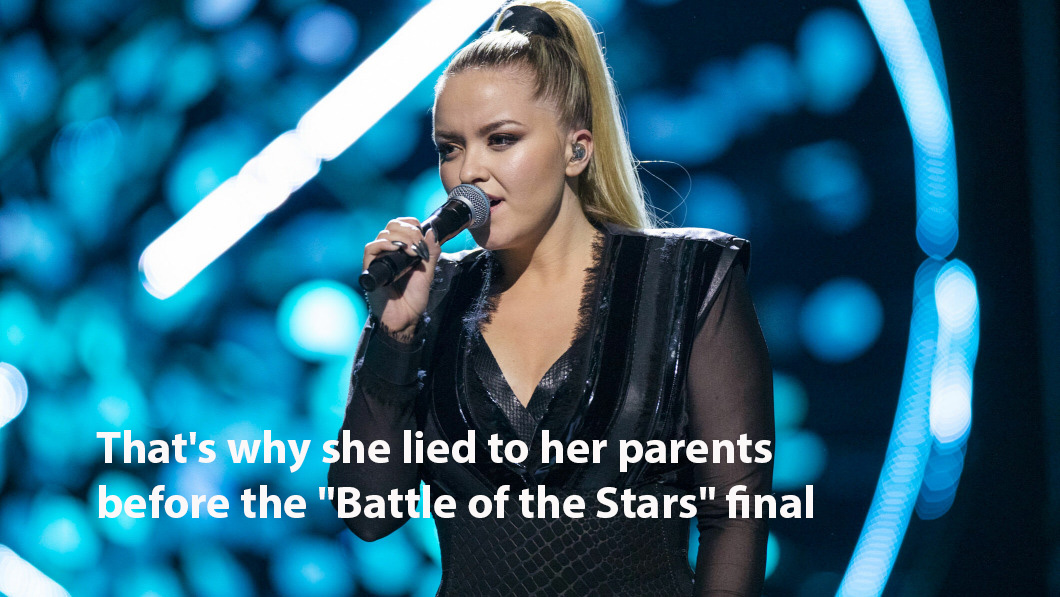 Good Evening Norway (TV 2): Artist Alexandra Rotan (25) did not dare to tell her parents what she actually did the day before the final in «Battle of the Stars». Now she reveals her lie.

Alexandra Rotan, best known from the band «KEiiNO», visited the «Breakfast show» on P5 on Tuesday after she came in second place in «Battle of the Stars».

During the interview, Rotan shares a secret with the hosts Vida Lill Berge, Andreas Velle and Stian Røste.

Rotan is said to have told her parents that she would sit in the hotel room, relax and watch TV series as a recharge for the final day. She also said the same in an interview with, among others, VG.

This was not true – Rotan had traveled to Trondheim the day before the final to hold a concert.

– It was very funny, and there were a thousand people there who said they would vote for me. So I see some value in that too, the artist explains.

The hosts ask why she had to keep the concert a secret from her parents, when the 25-year-old answers:

– There has been a very high tempo lately with “Battle of the Stars”, and mom and dad were a little worried about my health. Then I thought, “The less they know, the better.”

Lost the feeling in the toes

Despite holding a concert in a completely different city the day before the final, she woke up and felt ready for the important day. She says that her voice also felt like it had been warmed up for transmission.

It was a second place for Rotan, and yodeler Bjørn Tomren ran away with the victory in “Battle of the Stars” It still didn’t stop the 25-year-old from having fun at the final party.

She says that there was a real baluba at the party with, among other things, “shots roulette” together with the rest of the “KEiiNO” band.

The artist also wore a pair of bad shoes that she danced in throughout the evening. As a result, she lost the feeling in three toes, and she says that the feeling has still not returned.