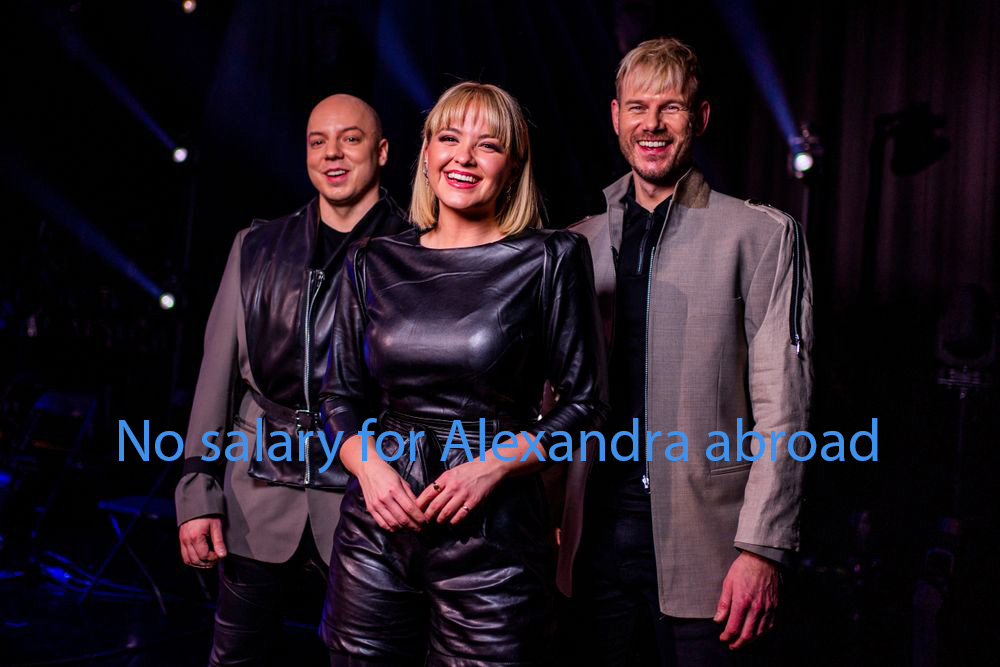 The recent silver winner reveals that the band project is running a deficit internationally. Next autumn, she will start a solo career.

This weekend, Alexandra Rotan congratulated her “Battle of the Stars” rival Bjørn Tomren on the victory – apparently just as jubilantly happy, after ten weeks of exposure in prime time on NRK.

Exposure is also a key word for the band she is known as a third of, the Melodi Grand Prix institution KEiiNO.

In a recent application to the Norwegian Cultural Council for the Statens kunstnerstipend, Rotan says that the band does not make money outside the home country’s borders.

“Even though we have many followers and plays with KEiiNO, the investment abroad is still a deficit project, and we must find income in other ways,” the 25-year-old writes there.

“We release music through our own record company, so we don’t get paid for concerts abroad, and have to finance much of the travel costs,” Rotan continues.

The statements are supported by an application KEiiNO has sent to the Norwegian Cultural Council, about project support for a tour the band will be on in Australia in February 2022. They will tour in seven cities during their stay.

But it costs more than it returns in pure money: Even if the band should get approval from the bunch of Norwegian search schemes they have cooked into the budget, they will still have to spit in 142,000 NOK to make the calculation go up.

– We have a lot of fans outside Norway, but the costs of bringing bands and crew from Norway to give concerts abroad are much higher than we and most other Norwegian bands can demand in fees, Rotan says to VG.

– But we have a long-term perspective with KEiiNO, therefore we want to invest in the future by delivering a supershow also abroad. We believe and hope it will pay off in the long run, and then it is very nice to be able to give a job to good musicians.

The company’s chairman, Tom Hugo Hermansen, says that he considers KEiiNO to be in the same situation as most Norwegian artists with foreign ambitions.

– In the first years, you use the money you earn at concerts in Norway to subsidize concerts abroad.

He points out that a tour like the one coming in Australia can have a big marketing effect.

Not just by chance

Rotan is applying for NOK 80,000 in artist scholarships. Among the reasons she is applying is, as she writes, that “a work scholarship will enable me to focus more on developing myself as a singer than chasing after event jobs”.

To VG, Rotan says that she has sung in quite a few different private companies before KEiiNO.

– But then I was a hired singer who often had to sing what the customer wanted, which can take quite a lot of energy, she says.

However, the “Battle of the Stars” autumn has changed this:

– The difference now is that I am booked as the artist Alexandra with the “Battle of the Stars” songs, or as part of KEiiNO, and not just as a casual entertainment artist.

She first made herself known to the public as a singer in MGP Jr. 2010, was later “Idol” contestant and then vocalist for Alan Walker on tours around the world.

Rotan has received formidable amounts of praise through the “Battle of the Stars” autumn, not least from VG’s readers and reviewers. She takes the program’s surfing round over different styles with her when she embarks on a solo project next autumn.

– We at KEiiNO have an open musical relationship that gives me room to do solo releases next to the band, she says.

– Then I have now become acquainted with so many new genres through “Battle of the Stars” that I want to explore, especially country.