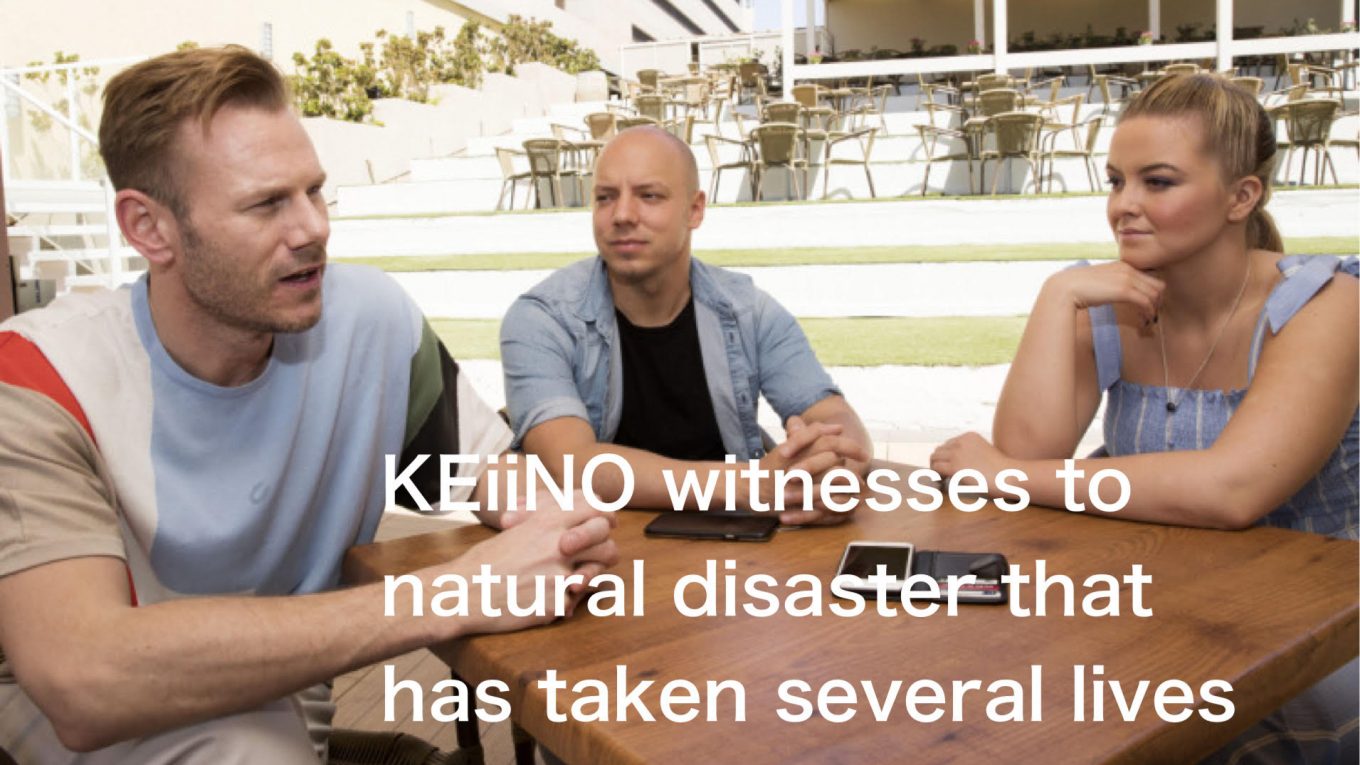 KEiiNO artists Alexandra Rotan (25), Tom Hugo (42) and Fred Buljo (34) were in Brisbane when the floods hit.

Good evening Norway has spoken to KEiiNO, who is currently on a major tour of Australia.

“We arrived in Brisbane on Sunday and we’re supposed to have our second concert on our Australian tour. Unfortunately, we had to cancel it, as there has been a huge amount of rain here in recent days, and on Sunday afternoon a state of emergency was declared in the city due to flooding,” says KEiiNO singer Alexandra Rotan, and continues:

“People simply couldn’t get anywhere, and many have had their homes destroyed. In addition, several people have died in the floods, it is absolutely horrific. Being so close to a tragedy puts you in one.”

Flooding in Brisbane and surrounding areas is the worst since 2011 when the city of 2.6 million residents was submerged in what was described as the flood of the century.

Some 43,000 residents of the town of Lismore, south of Brisbane, were ordered to evacuate on Monday. In the city, people had climbed rooftops to escape the floodwaters.

At least seven people have been confirmed dead after the floods. The rainy weather began to calm down on Monday, but authorities expect the consequences to continue in the coming days.

“Of course, it is frightening to be so close, and not least a reminder of how powerful the forces of nature can be. You really have to have respect for both the weather and the wind, and not least the calls from the authorities – that’s also why we both cancelled our concert and had to extend our stay in Brisbane when all roads in and out of the city were flooded,” Rotan said.

In addition to having a number of concerts in Australia, the band was also to film a documentary. What the documentary is about is somewhat uncertain. The band says only that they “want to capture diverse Australia.”

How much does this affect their plans in Australia?

“Plans have turned things upside down, and in addition to a cancelled concert, we have missed a lot of valuable time filming various segments for the documentary that has been planned for a long time. Today has finally been sunny after a week of rain, so we thought we’d get to film Alexandra on a surfing course, but it became impossible as all the beaches here are closed indefinitely,” says the band’s male lead singer, Tom Hugo.

Although the band’s Australia plans have been heavily influenced by the forces of nature, the tour is far from finished.

The joiker in the band, Fred Buljo, says that the gang is still in good spirits and that they do not want to let the storm ruin all their plans. By Tuesday, they had made it to the town of Surfers Paradise, an hour away from Brisbane.

“There is still a good atmosphere in the gang. We are a travelling party of 10 people who do what we can to turn around and think creatively. Now we’re enjoying one last day in the Gold Coast, before moving on to Sydney, Mardi Gras and more concerts for the Australian public.”

The band has already had several stops on their Australian tour, including a huge TV appearance:

“At the weekend we were lucky enough to be allowed to make two live performances on “Australia Decides,” which is their MGP final. Among other things, we opened the broadcast by singing “Spirit In The Sky“, which was incredibly fun! After all, Australia gave us 12 points in the Eurovision Song Contest in 2019, so they have a special place in our hearts. We went on a tour here right after the 2019 final, so it’s fun to see how many fans we’ve got here “down under,” says Tom Hugo.

Fred Buljo says they have more than enough to do on the rest of the Australia tour.

“We have just under two weeks of the trip left now. We are here simply to spread the joy of music and showcase Norwegian and Sami culture.”