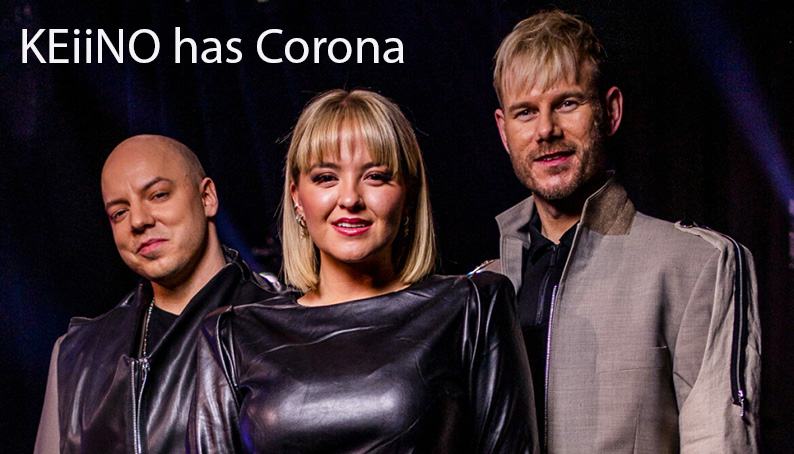 Alexandra Rotan, Tom Hugo and Fred Buljo are all sick with Corona

Recently, the Omikron variant of the coronavirus has led to an explosive increase in the number of cases of infection. It is also noticeable in the celebrity world – almost every week a number of newly infected celebrities appear.

Now it is the band KEiiNO that is experiencing problems related to the corona. On Instagram, it appears that all three – Tom Hugo (42), Fred Buljo (34) and Alexandra Rotan (25) are infected.

Rotan, who came in second place in “Battle of the Stars” last year, has lost her voice. It is of course impractical for someone who is used to singing daily.

– Alexandra has had a very high fever, 40 in fever and really has been really poorly. I have not had that much fever, but I have been sicker than I usually am, Tom Hugo tells Se og Hør.

Luckily it is getting better.

– It’s much better for me now and Alexandra has a little more energy. So it seems that we are on the road to recovery, he continues.

The third member of KEiiNO, Fred Buljo, was the last of the three to test positive. He is thus a little behind in the course of the disease.

– It was in the time of luck, Hugo thinks, and aims for Buljo to test positive only yesterday.

– When both Alexandra and I tested positive, plus two more in the band, it was just a matter of time. We have been to concerts and otherwise been together a lot, says Hugo, and adds that they are scheduled to go to Australia on tour soon.

A lot that has to work out

For something to happen, it must have been seven days since the positive test. Hugo explains that it is the requirement that must be met in order to be able to fly.

Although they can still go on the planned tour in terms of time, there is still a lot to do. They must all be healthy and trusted by a doctor and not least: They must have a voice.

Tom Hugo points out that this is a big challenge when the voice is your most important instrument. However, he is happy that no one has become seriously ill, and that it is still a while before they will hold concerts in Australia.

However, there is a certain chance that the positive tests will make the planned trip to Australia somewhat more expensive, as they have booked tickets for next week. The plan was also to do interviews before they were to perform – these are now in danger of going down the drain.

– this will be a close call. We are definitely a little worried, Hugo admits to Se og Hør.

There is a little extra concern about Rotan losing her voice, something Hugo remembers having happened only once before during the band’s history.

At that time they were both bad and they barely got through one song before they were without a voice.

– It is very bad when it happens, says Hugo, and adds that Rotan is the star in KEiiNO and that no one can replace her voice.