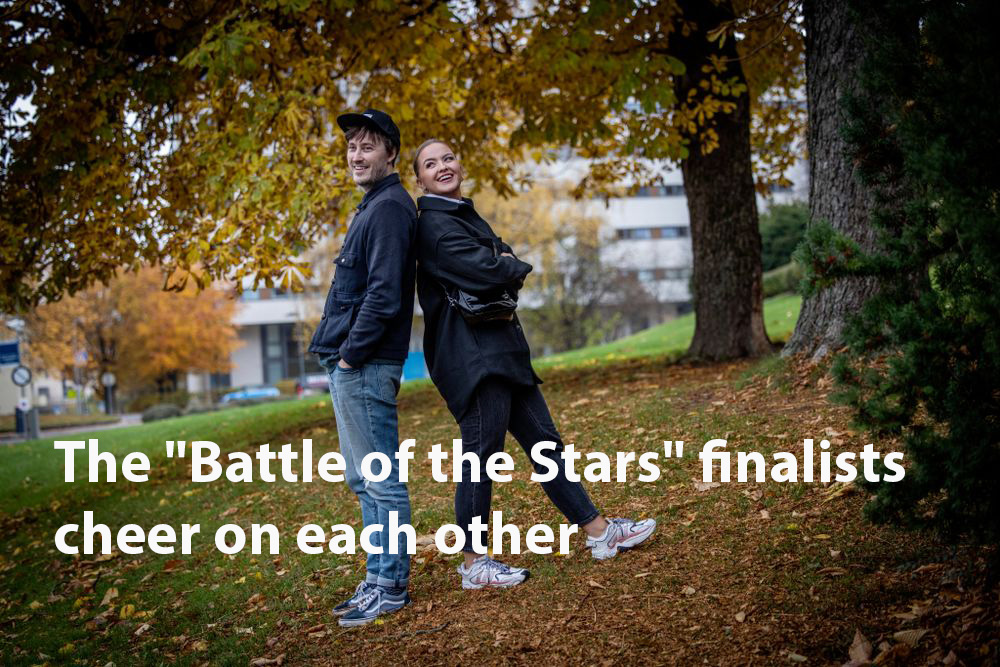 She charged up with reality series on TV – he grabbed some beer and a couple of whiskeys. Saturday night, Alexandra Rotan and Bjørn Tomren meet in the final of “Battle of the Stars” on NRK1.

– We have become good friends this autumn, says Alexandra Rotan (25) and Bjørn Tomren (40) to VG.

They are very different. But they have in common that they both treat each other to win this year’s Battle of the Stars.

– I think the winner is the one people want there and then. If the people want a warm artist, they vote for Bjørn. If they want a party and fireworks, vote for me, says a laughing Alexandra.

– I treat Alexandra all the best, also to win. We are friends, says Bjørn.

His competitor believes that there are great contrasts between Saturday’s finalists. Among other things, this is reflected in how they prepare the night before.

– I just relax, pick myself up properly and watch reality series on TV, says Alexandra.

– I have a few beers and a couple of whiskeys. Then I get a fuller and richer voice – and a good night’s sleep, says Bjørn.

Neither he nor Alexandra thought it was possible to reach the final when they went on stage for the first time at the end of August.

– It was purely wishful thinking, she says.

– I thought I was going to fail hip hop. After all, I had never rapped before – and besides, there was a mini-golf tournament in Germany the weekend after that I wanted to join. But if I had to choose there and then, it would be “Battle of the Stars”. At the same time, I have also sometimes been a little annoyed. Because it takes a lot of my time. I who am used to playing an evening or two, then this takes the whole week, says Bjørn Tomren with a smile.

Now both have had to get used to a new “everyday life”.

– I love this life, I look forward and have always had a dream of being part of “Battle of the Stars”. Now I’m so ready for the final, says Alexandra Rotan.

Before “Battle of the Stars” she was best known from KEiiNO and together with KEiiNO she represented Norway in the Eurovision Song Contest in 2019 in Tel Aviv in Israel.

– I have learned a lot from being part of “Battle of the Stars” and among other things I am not so strict with myself anymore. Before, I was much more concerned with what people thought of me. That has changed, says Alexandra.

Bjørn Tomren is a Norwegian yodeler, throat singer, folk singer, and not least a composer from Tomrefjord in Møre og Romsdal. He became known under the artist name Polkabjørn in the polka and yodeling duo Polkabjørn and Kleine Heine.

– For the first time in my life I will go on tour in my own name. It would never have happened without me having been in “Star Wars”. That is for sure, says Bjørn.

He says that he has a relaxed relationship with how things are going in the final.

– Alexandra will be a very worthy winner but will try my best to give her competition. It would have been great to go out victorious, says Bjørn Tomren