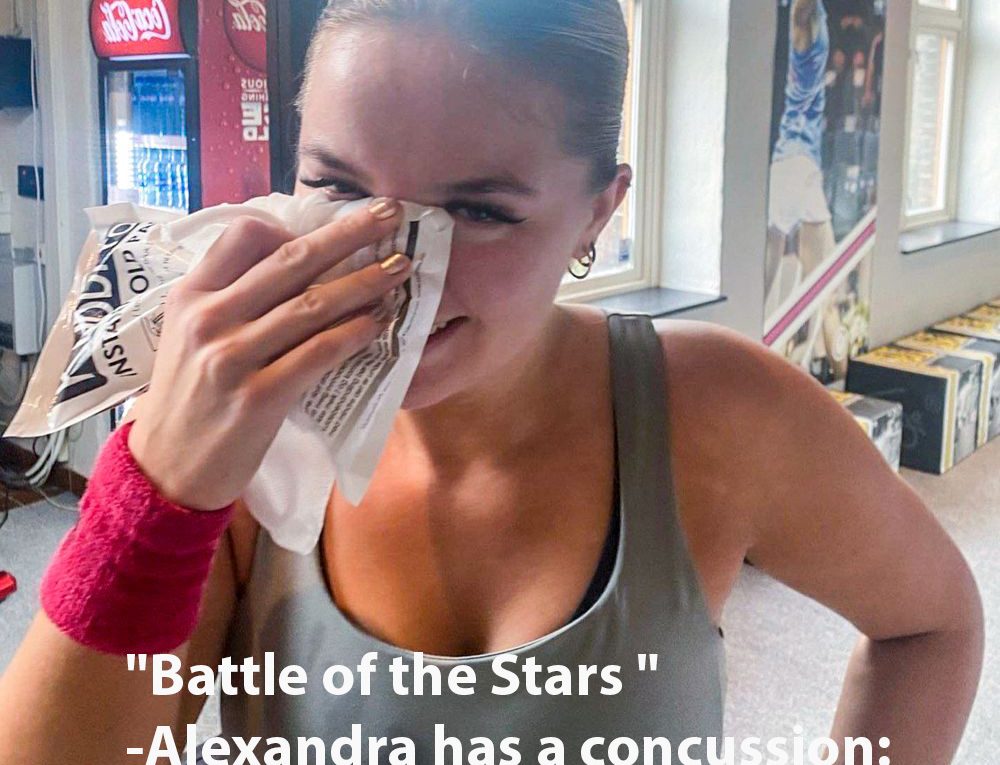 On Saturday, Alexandra Rotan will perform in «Battle of the Stars» with a concussion. – I hope I do not break out with a black eye. It will be twice as painful.

– What a clown I am, says a resigned artist to VG

She says that the accident happened when she was playing squash with a friend on Wednesday.

– One who is really strong in the pinch, he hit hard and I got the racket in the middle of my nose. I ended up having a concussion. He was very sorry but I won the match. I take comfort in that, says Alexandra Rotan.

Most people know the 25-year-old from Råholt from the group KEiiNO where she constantly impresses with her powerful voice. Together with KEiiNO, she represented Norway in the Eurovision Song Contest in 2019 in Tel Aviv in Israel. But now it is “Battle of the Stars” that applies.

– I got a real cut and I started to bleed in a few seconds. Was on a trip to the emergency room on Wednesday night and was told that I had had a small concussion, Alexandra continues.

She makes no secret of the fact that this stresses her a lot.

– Both joik and duet, which are Saturday’s themes in “Battle of the Stars”, are demanding – even without a concussion, she says.

In the joik part of the program, she will be number three with “In GE Mun Diede“, written by Bárut & Inga Juuso. In tonight’s duet with a former “Battle of the Stars” contestant, she and Adam Douglas will sing Celine Dion’s “It’s All Coming Back To Me Now“.

– This is quite a crisis. Now I just have to rest my head, sleep as much as possible. But what stresses me the most is that as a result of the concussion I have become a little stuffy in the nose. It is one of my main tools when I sing. This is not to my advantage – and now I also have constant pressure in my head, says Alexandra Rotan.

– That I now get to experience singing joik in “Battle of the Stars” is just fantastic for me. I just loved being on stage in this program. It has been like having a little concert every Saturday and being allowed to show myself on TV in prime time. There have been many nice retreats. I meet people in the store, on the subway who say they cheer on me, says Alexandra Rotan.