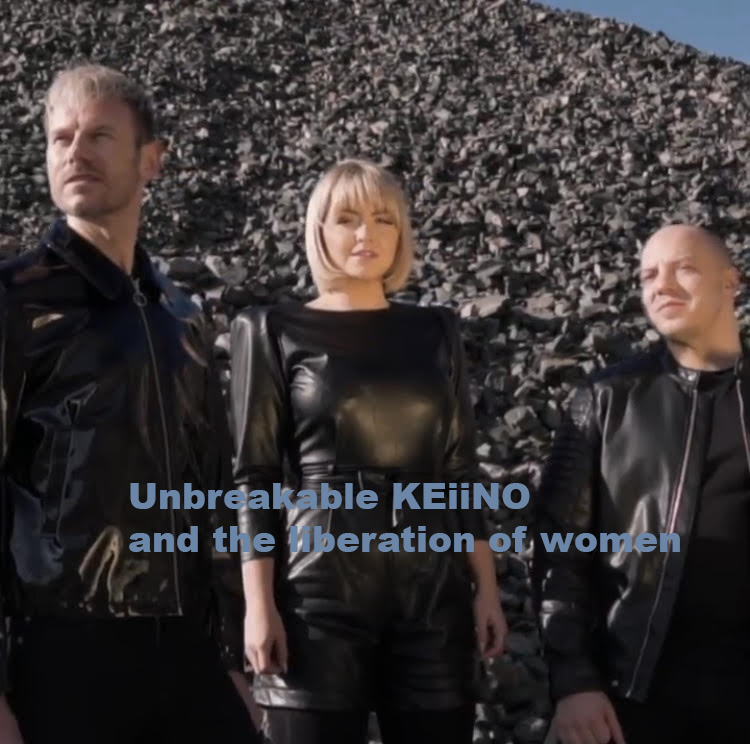 Firstly, congratulations on yet another fantastic single release that surpasses the expectations of a lot of us.

The way you have played with the melody and soundscape really drags us into the cold dark winter woods of a fairytale.

“Unbreakable” went straight into the hearts of your fans and a lot of us have been up for hours after midnight, listening to it over and over.

The lyrics do raise a few questions though.

We know the story in “Unbreakable” is based on the Russian folk fairytale, “Snegurochka” (The Snow Maiden).  What made you dive into this fairy tale and write a song based on it?

Tom: “In the process of writing the song in the cabin, we all agreed that it had a kind of “soundtrack to a fairytale” sound to it. So Alexander took inspiration from a novel he just read, called “The Bear and the Nightingale”. The novel is highly inspired by a lot of Russian fairytales and folklore, and one of the main characters is based on the Snow Maiden.”

Reading the lyrics, the message is quite clear: a lady should be treated like a queen and only a king be worthy of her…  And here we have a strong lady who was taught not to put up with the violence and repression that some men, sadly, put their wives or girlfriends through. A very strong message to women about respecting themselves more, be strong, break out of unhealthy life situations and not let themselves break because of repression. Was it a coincidence that exactly THIS song was chosen for release, this close to the International Women’s Liberation Day, which was on March 8th? Or was it a pure coincidence?

Tom: “That it came the same week was a coincidence, but it was definitely intentional that we addressed the theme of female empowerment. It’s been a bit over a year since the “Black Leather” release, so it was definitely time for another one. There has been some focus on boys not “fitting the mould” in Norway recently, girls have been and are still forced into more roles they might not feel they fit into. And that will continue to be an important topic to address until there is true equality in the world.”

There have been some speculations amongst the fans of whether or not “Unbreakable” was the other song you considered submitting to MGP. The MGP rules are that the contributions can be no longer than 3 minutes. “Unbreakable” is 3.07,  but could possibly have been re-produced to be a few seconds longer. But what is the truth? Was “Unbreakable” the other song?

Tom: “Yes, “UNBREAKABLE” was the other song we submitted to NrK. The demo was slightly different, but you would still be able to recognize the song. Although we were in doubt, NrK was quite clear that “Monument” should be the song. We also believe “MONUMENT” would be a better entry for Eurovision, although we knew that “UNBREAKABLE” might do better amongst the Norwegian audience. It was a gamble, but as we’ve said before, we entered MGP to convince both juries and the people in Europe. And because of that we still think we made the right decision even though our plan didn’t work out.”

Making a song and finetuning it, is a creative and delicate process. Can you describe the feeling you experience inside when you know – this is it, it’s perfect, this is the one we release?

Tom: “It is, as you say, a very long process. But there are quite a few we don’t release, as the songs that end up as final recordings have already been tried and improved to see if this will actually become a great KEiiNO-track. But when the mix is finally “there” after the long process of recording, producing, re-arranging and mixing, it’s more a feeling of relief. Like, “great we didn’t ruin the song’s potential”.

So, dear VolKEiiNOs, enjoy “Unbreakable” in full now, and check back in about six weeks’ time, for news about the next release.

2 thoughts on “Unbreakable KEiiNO and the liberation of women”