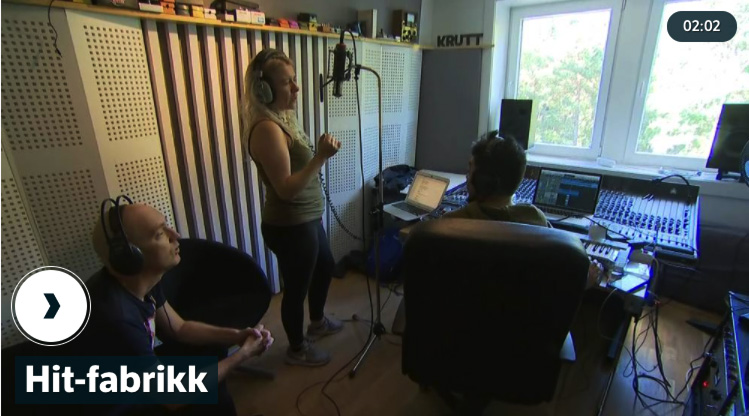 The songwriters of Robbie Williams, Lionel Richie and Jay-Z take over Kristiansand this weekend. 20 star producers will hopefully create “monster hits” for artists in Asia.

– This weekend we will write big hits for artists in Asia, that is the goal, says artist and songwriter Tom Hugo Hermansen.

Around 20 songwriters, producers, artists and managers from all over the world are gathered at the songwriting camp, “Hooklab”, on Odderøya in Kristiansand. Pop music is primarily intended to trigger artists in South Korea.

Leading the way is songwriter and artist Tom Hugo Hermansen from Kristiansand, who has had great success writing songs for artists in Japan, Germany and China. Hermansen has also participated in the Melodi Grand Prix twice.

Can sign up for an annual salary this weekend

Tom Hugo says that several of the artists who participate in the songwriting camp have written songs that reach millions of people.

– It generates a lot of money, often equivalent to an annual salary for those who are really lucky with the song and sales, he says.

And the music they create has been given its own name – “K-pop”.

– K-pop is an abbreviation for Korean popular music, ie pop music with a strong connection to South Korea. They sing in their language and have a slightly different style than western pop music. The bands EXO and Girls Generation are well-known names in K-pop, he explains,

– We will make over 25 songs this weekend”. – TOM HUGO HERMANSEN

– Can you name some famous names that are coming?

Norwegian Per Kristian Ottestad is coming, he has written the song “Come Undone” for Robbie Williams, and Martin Kleveland from Trøndelag who produces for artists such as Ne-Yo, Lionel Richie, Jessie J, Ruben Studdard and Taj Jackson, says Hermansen

With him to the studios, Tom Hugo has two very key players in the production of K-pop. Robin Jenssen and Anne Judith Stokke Wik. They are behind Dsign Music, and have written countless hits in Asia. They have over 30 number one hits on the US Billboard chart.

– We are a group of people with experience and good conditions for writing 25 good songs, says Anne Judith Stokke Wik.

– Are these a bit simple songs, since you manage to write so many?

– The text is not so important for this market. We write something that sounds good, new text is also written in Chinese, Korean or Japanese anyway, laughs Tom Hugo.

Per Kristian Ottestad comes from the USA to participate in the camp. He thinks it is a positive challenge to write for the Asian market.

– I look forward to forming new networks and writing with new people. It is inspiring and forms the basis for good songs, he says.

– Do you find such workshops important?

– Yes, especially in Norway where we have a small songwriting environment, says Otterstad.