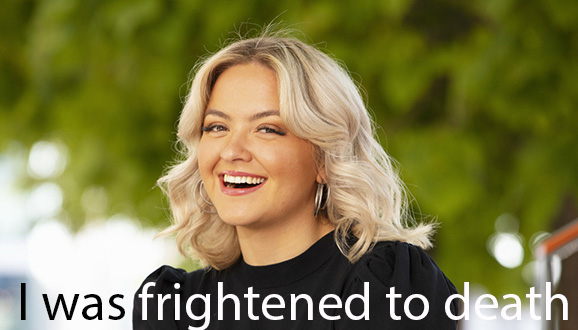 Last year, Norway was impressed by the singing star Alexandra Rotan (25) when she was on stage in the singing competition, “Battle of the Stars”. Behind the scenes, however, she has fought a different battle.

Rotan is perhaps best known as a vocalist in the band KEiiNO, which in 2019 went all the way to the top in the Norwegian Melodi Grand Prix, and later ended up in sixth place in the international competition.

On Tuesday, the 25-year-old shared an Instagram post that six months ago she had to undergo an operation after discovering serious cell changes in the cervix.

The same year she was on stage at the Melodi Grand Prix, Rotan was informed that moderate to small cell changes in the cervix had been detected.

The following year, she was summoned to a new cell sample which was to confirmed to contain a serious degree of cell changes.

Rotan now tells See and Hear about the tough period.

– I was terrified. Unfortunately, I am one of those who are too fast to search the internet what this might mean, and was very frightened by what was written there. But after a conversation with the doctor, I was reassured that since we had found out about this so early, the probability was high that this would not develop into something more serious, she says frankly.

Despite the doctor’s reassuring words, the uncertain future was one of the biggest challenges for the singing star. In the post, which she has shared with her almost 42,000 followers, she also encourages everyone to get tested, and refers, among other things, to the Cancer Society’s campaign “Check yourself”.

– The most challenging must have been the wait and the uncertainty. I was lucky to discover this so early and very happy that I checked myself, Rotan tells Se & Hør.

Half a year ago, the artist had to enter the operating room to do a so-called conization, which means that they remove the outer part of the uterine tube that holds the serious cell changes.

– The word «operation» sounds very scary, but it is a relatively small operation that I would describe as virtually painless, fast and not very complicated. I did very well, and I have been in contact with skilled doctors all the way, she continues.

From now on, the 25-year-old will be summoned for a check-up every six months, and if the cell samples show no signs of any serious cell changes, the testing will be reduced to every three years.

– Must be taken seriously

Below the post, the comment field is filled with supportive messages from the fans, and Rotan can happily report that the post has had a domino effect.

– It feels very good to see that my openness means something to others. I have received several messages in my inbox from women who have checked themselves because I have motivated them to do so, and that means a lot. Women’s health must be taken seriously, and we must become better at checking ourselves to avoid late injuries.

In conclusion, Rotan emphasizes how important it is for women to check for cell changes and that she can hopefully continue to inspire her followers to do so.

– Unfortunately, there are a little too many cases of women who think a visit to the gynaecologist seems scary, which it certainly is not, and therefore they avoid checking themselves. I will, therefore, with my influence, reach out to my followers and motivate them to carry out the testing. If you go with cell changes over a longer period of time, this can, unfortunately, be far more serious, and I will help to try to avoid that.