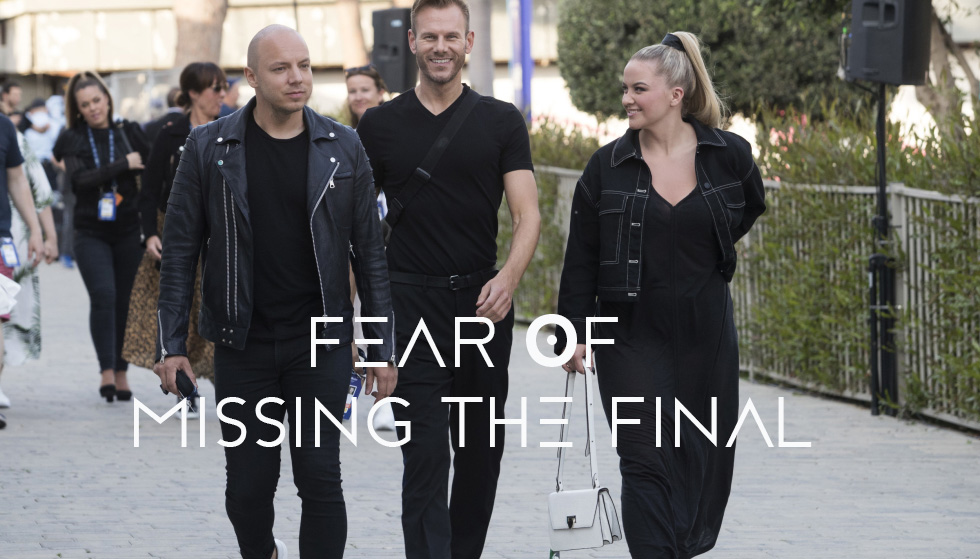 Translated by Karina Brandt May 31st 2021

Experts fear it could go straight South for Norway in tonight’s semi-final.

On Saturday, the Eurovision final will be held in Tel Aviv, to the great excitement of millions of fans. It is not to be underestimated that the choice of host city has been controversial, but the protests have not stopped the final from being held in Israel.

On Tuesday, ten countries, including the Czech Republic, Cyprus and Iceland, qualified for Saturday’s upcoming final, and tonight it is Norway that will be on fire. 18 countries will become ten, but whether KEiiNO and “Spirit in the Sky” will be among them, the experts disagree.

It has happened before that Norway has not managed to qualify for the European final, and this year it is quite possible that it will happen again. At least Per Sundnes thinks so.

Sundnes, who is Betsson’s MGP expert, has long experience of speculating on who is safe and who must go home in the Eurovision semi-finals. In a statement on the betting company’s pages, he says that KEiiNO should not feel too safe in tonight’s semi-final.

– I am afraid Norway will be knocked out today, Sundnes says, and justifies it like this:

– During the national final, it was first and foremost the Norwegian people who voted KEiiNO further. The jury from the other countries was not enthusiastic about “Spirit in the sky”.

He also points out that some believe that Norway’s contribution is too similar to its Finland from last year, Saara Aalto with «Monsters». The Finnish song ended up in 25th place in last year’s final, with a whopping 46 points.

– I have heard that several juries pulled away because they thought the song was too similar to Finland’s contribution last year. In Eurovision, there are always accusations of plagiarism, so it is nothing new, but if the professional juries still give Norway moves today, it can be very scary for KEiiNO. Only the juries themselves know if this will happen, but that worries me, the statement says.

Norway is also in 15th place on the odds lists, while the Netherlands and Sweden are at the top respectively. KEiiNO was actually in the top ten but sank a few places after the tests down in Tel Aviv. A 15th place, on the other hand, should indicate that they make it to tonight’s semi-final, even though several of the pre-favorites this year are in the same semi-final as Norway.

The leader of the Norwegian Grand Prix club, Morten Thomassen, has been in Israel for quite some time already and says he is looking forward to tonight’s semi-final. On the other hand, like Sundnes, he is unsure whether Norway will come out of it triumphantly.

– In 2016, Norway did not advance to the final, so it is not so long since the last time. We can only hope that it goes well tonight, he says to Se og Hør.

Thomassen says he saw the jury final yesterday and points out that the Norwegians delivered well on stage. He describes it as the best performance so far and says it bodes well for tonight. But it is unfortunately not the courage to secure a place in the final.

– It’s not about the effort, but I know that there are many divided opinions about the Norwegian contribution. It is the most archetypal Eurovision song this year, and what the jury and the people think about it can mean a lot for how it goes, he says, and continues:

– The joik is also discussed. Do people understand that, or do they perceive it as strange sounds? Is it screaming and shouting for Britons and Azerbaijanis? It can either sit like a bullet or a boom, and we simply do not know which way it is going yet.

Another factor that the experts point out is that the semi-final, as mentioned above, is crammed with pre-favorites. That is exactly what Stig Karlsen, head of the delegation for Norway, is concerned about.

– There will be no “walk in the park”, and everything must work if this is to work. It is the toughest semifinal in many years. The Netherlands, Russia and Sweden are among our scariest competitors. They have great songs, and we really have to deliver if everything is to go.

On Friday, several of the Norwegian Eurovision fans and KEiiNO will have a nice May 17th breakfast at the Norwegian Embassy in Tel Aviv. According to the experts, the mood at breakfast will be good, but it is clear that a possible loss tonight will put a damper on the mood.

– We’ll have to take it tomorrow. Today we have to focus on the goal. The dream is not just to move on tonight, but to win everything. That is our goal now and in the future. And if it does not work out for us, the party goes on anyway, says Karlsen.