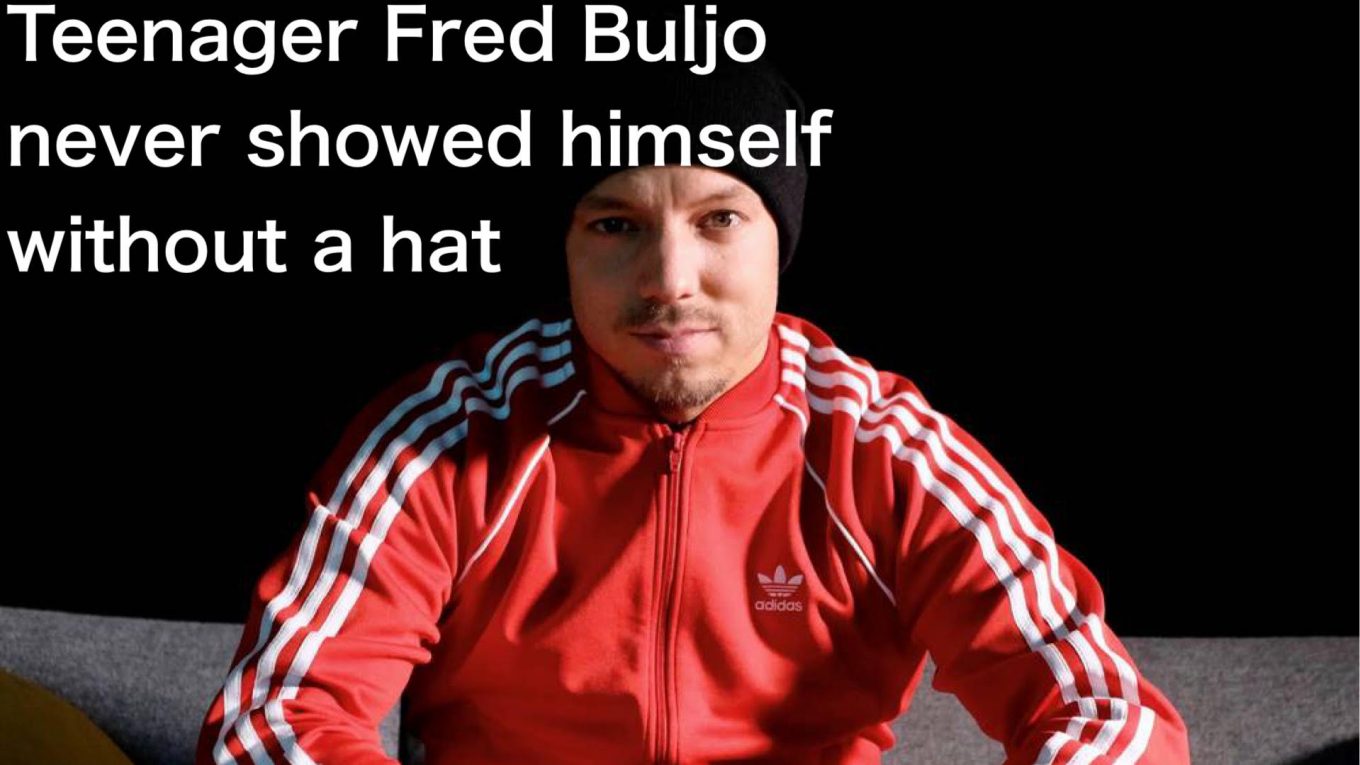 – I was young and afraid of what others would think, says Buljo. Now he tells how he experienced losing hair.

Since the world reopened, there have been busy days for Keiino-Fred.

On Easter evening, he entered another big stage as one of the presenters in the world’s largest Sami music competition; the Sámi Grand Prix.

– I look forward very much and have very high expectations of the artists. They are really talented this year, he said eagerly before the competition.

However, he was not when he started losing hair as an 18-year-old.

Cardigan and a scarf

2007: Fred Buljo is 18 years old, and has just noticed that he is getting thinner in his hair.

It does not match the hair fashion.

The hair should be tousled.

The “rescue” was always to wear a hat, cap or scarf.

This would also be his hallmark when his rap group, Duolva Duottar, hit “Norwegian Talents” in 2008.

Fred was the one of the three Sami boys who was always dressed in a kofte, jeans and the red scarf on his head.

He is then 20 years old. The fact that his hair never would come back ate away at the psyche.

He seeked comfort from his own mother.

– You’re not your hair

They used the time to talk a lot together.

She tried to get her son to look at himself through the eyes of others.

After a few months with his mother and stepfather in Kautokeino, he travelled back to Tromsø, where he lived at the time.

– In a situation like the one I was in, you can quickly become a little desperate, Fred recalls.

He considered both hair replacement and hair transplantation.

In Tromsø, he bought a razor and threw away the scarf.

– Then I just shaved off the remaining hair, Fred says with a smile on his face.

– Time to talk about hair loss

His mother is sure that everyone saw Fred Buljo’s change after this.

Øvergård Johansen thinks it was a heavy sack that fell off his shoulders.

– He no longer needed to be afraid that the scarf could fall off on stage, says Linda E.Ø. Johansen.

She thinks it’s time for it to open up to talk about young boys suffering from hair loss.

Doesn’t care what others think

Now it’s easy for Fred Buljo to talk about his hair. This was not the case before.

He doesn’t need time to think about what he can advise other young people to do.

– You do not have to be like everyone else. If you lose hair, you just have to dare to own it, he says.

On Easter evening, you could see how he shone and owned the entire stage together with his good friend and band member Alexandra Rotan.