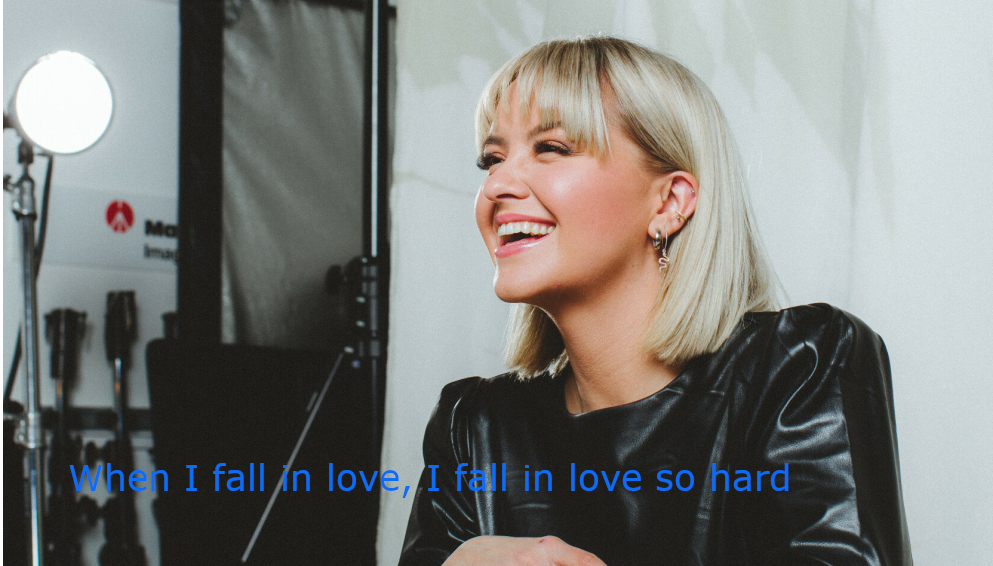 That’s why Battle of the Stars star Alexandra Rotan does not have room for both boyfriend and music in her life.

Alexandra Rotan (25) has made a name for herself as an artist after participating in the Melodi Grand Prix three times, including first place in 2019 and second place in 2021. This autumn she will be watching Stjernekamp where established artists will get to try their hand at various genres – where one of the total of ten artists is finally left with the title «Norway’s ultimate entertainer».

Alexandra had set herself the goal of coming to week eight where the artists would try their hand at joik. She did this brilliantly in appearances in the genres of Latino pop and show, and she has already been named a favorite. Last Saturday, she both joiked and sang a duet for several hundred thousand viewers in prime time. Now it’s the turn of musicals and big bands. The 25-year-old is grateful to have been there.

– For me, it has been very much about mindset. I have become well acquainted with all the genres I will do. During the opera week, I dressed like an opera singer and listened to a lot of opera. The week I was going to rap, I listened to hip hop, wore big clothes and danced more than I usually do. All the way, I have been very determined on how I will be able to get into mode, she says.

This year’s Battle of the Stars season is not the first Alexandra has been asked to participate in, but it is the first time she has said yes. KEiiNO’s career, the group she is usually a vocalist in, had just been created, which then received full attention. At the same time, she has felt that she is young and does not have a long career to show, unlike other participants with long CVs in the music industry – but now she felt it was the right time.

– It is an insane arena to be shown in, and at least for me who loves to be on stage. That’s what I love about music. To be able to stand on stage every single Saturday, that was enough to make me think: “Yes, of course I want to be with”.

The 25-year-old from Råholt at Eidsvoll has worked hard to get to where she is today. She is afraid of wasting her artist career on dating and love. From experience, she becomes so engrossed in the chosen one she falls in love with that it takes the focus from other parts of her life. Right now, music feels too important not to pay full attention to his career.

– Now I finally live the dream after working so hard for so long. And if I fall in love, I fall in love so much too, there is no middle ground.

Therefore, she does not want the love life to take over if she should fall in love. She has neither the time nor the need for a boyfriend in life as it is now.

– I have paused the love life, simply because I do not need it right now. I know where I need to focus, she says.

Feels “at home” on stage

Alexandra, who was vocalist on Alan Walker’s European tour in 2017, has not always had the energy she has on stage today. For anyone who has seen Alexandra Rotan on stage, there is no doubt that it is a place where she feels at home and thrives. She radiates a lot of joy and energy, but it has not always been so prominent.

– It is something that has come the more satisfied I am. I live by music and am surrounded by people who only want me well. I feel very good, and then it is very natural that I walk around with the energy I have. Besides, I have grown up enough to be able to make choices that are right for myself – I think that has a lot to say. It is important that I do not go around carrying things that give negative energy, she says and sums up that she is an energetic lady.

But a charisma like hers, it shines through that she is well, and it is also something many have noticed and commented on.

– It’s just fun. I do not think about it myself, because that’s just the way I am, she says and elaborates:

– I have a lot of fun when I am on stage and living off what I love most, so then the enthusiasm comes naturally.

In 2018, she began studying nursing – about the same time as her first participation in the Melodi Grand Prix, apart from her participation in the MGP junior in 2010. She was not quite sure which direction she would take with the music at the time. She studied full time and was an artist at the same time. The turning point came when she won the MGP in 2019 together with the relatively new KEiiNO.

– It was a switch for me, because then I could finally make a living from music. It was something I had strived to do and I think the victory was enough to turn my career around.

She talks about living in a suitcase as something positive in terms of being able to make a living from concerts and traveling on tour.

– That was when we put in that gear with KEiiNO. I had a desire to make a living from it ever since the MGP junior participation, but I did not quite know which direction I should take. It was really at MGP in 2019 that I experienced the “here I belong”.

The Råholt girl grew up with night singing from mom and dad and singing in the car. She comes from what she calls a “music-loving family”.

Alexandra has close ties with the family who have cheered on her all the way. She can always count on them sitting in the hall and watching when she is on stage.

– My family is absolutely fantastic. I would never have been here I am today if it were not for them. They have been on the journey and seen how hard I have worked all the way, they have always been there and supported me – I am very grateful for that.

This fall, Alexandra Rotan is on stage every Saturday. Battle of the Stars became the perfect way to get back to the life she wants to live after the pandemic.

– Monday morning starts with coaching for a new genre, and on Wednesday the sound test starts. Suddenly it’s Saturday again, so it goes in one go. It’s super hectic, she says.

But she thrives on the hectic life.

– I am so lucky to make a living from my hobby. Now I have become much more involved in the administration, planning and seeing different opportunities KEiiNO has. Being an artist is so much more than holding a concert. It’s a full time job.

When it comes to who she wants to be as an artist in terms of personality, expression, voice and show, there is one artist who stands out for Alexandra.

– Touring as support for Lady Gaga is a dream I have. She is at the forefront with so much important to say – she is so much more than an artist.

Wants to be inclusive

What she remembers as the greatest music experience so far in her career, was when KEiiNO visited Madrid Pride in 2019.

– We played “Spirit in the Sky” in front of 30,000 people in the center of Madrid – and everyone knew the song. And there was an beyond large choir that was able to joik. We were so moved when we left the stage, she says gratefully.

– My goal is to jump back to 2019 where we were then. To get KEiiNO back on its feet, go on a world tour and fill large arenas. Everyone is very accepted in KEiiNO’s universe.

She has one goal to reach for:

– To be a support for Lady Gaga sometime in the future.

The group notices a big difference in age and minorities in the fan base of KEiiNO.

– When we are out in the world, there are all kinds of people in the audience. We have been very clear from the start what we stand for – we pay tribute to minorities. We praise that everyone is good enough as they are and that no one should feel left out. The fact that we have been so clear on it and dared to talk loudly about it, I think has made people feel a kind of security in us. They see that we are three ordinary people who are just ourselves, and that’s enough. I think people feel a kind of connection to it.

The group constantly experiences getting feedback that the music has helped fans through difficult times.

– That our music gives them something is very touching to see. It means a lot when there is hard work behind it, she says.

Standing on stage in Battle of the Stars without Fred Buljo and Tom Hugo, who make up the rest of KEiiNO, has been unfamiliar when it comes to press launches, reviews and being on stage without them.

– It is very strange to do it alone, but I am there on behalf of the group – I am Alexandra in KEiiNO.

She points out that it has been a good experience with more artistic freedom and not pay attention to the others. At the same time she has received a lot of support from the other two who make up the trio.

It is difficult to put into words the enthusiasm the 25-year-old has for the reopening of society and concerts in sight. Not long after the Battle of the Stars final that she hopes to be in, KEiiNO will go on a Christmas tour – it will be the group’s third.

– We have not even sung our album abroad, and it will soon start to get old, she says and adds that they are very ready to travel abroad. But beyond that, the vocalist holds the cards close to his chest.

We will also have a major investment at Vulkan Arena on 20 November.

– It will not just be a concert, it will be a full evening. A bit like “welcome back to life”, she says – once again secretive.

– I’m really excited. And I look forward to standing with the rest of KEiiNO on stage again!