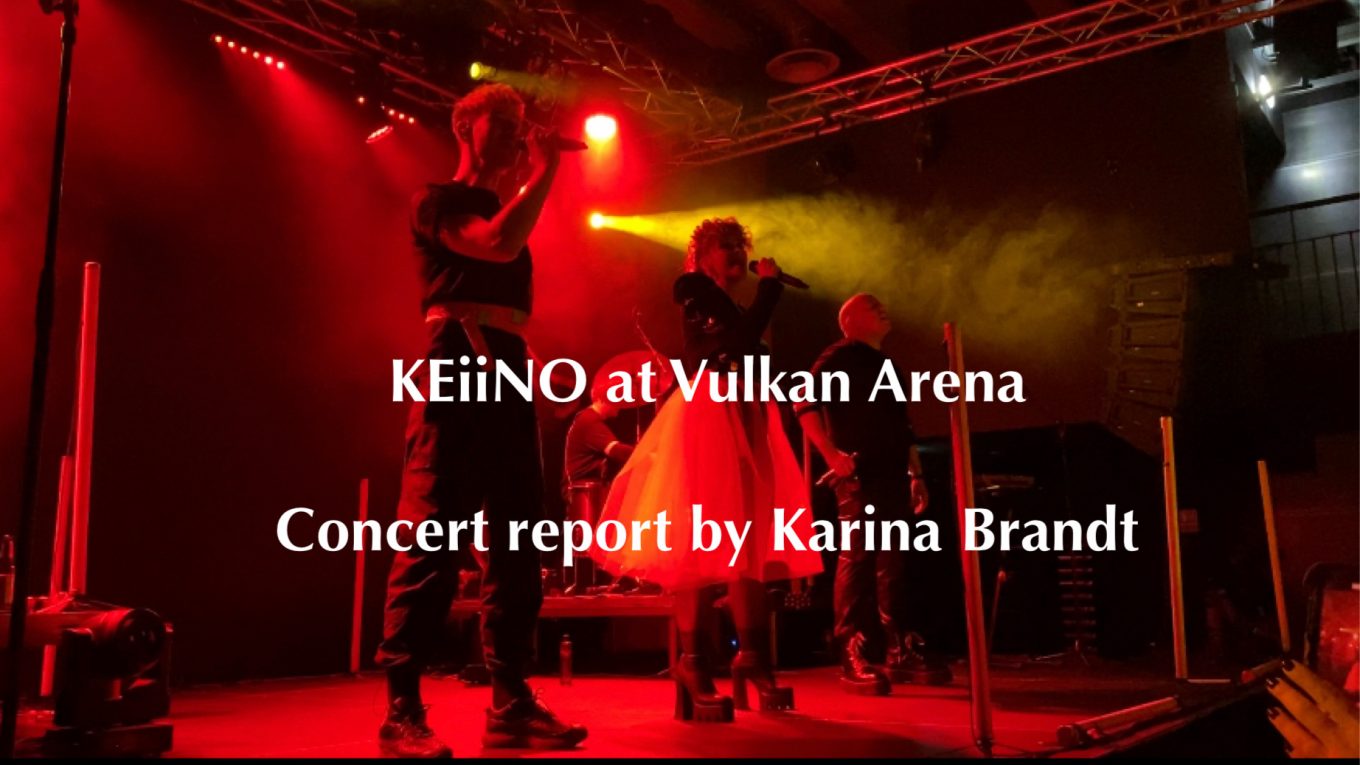 After the backstage visit with KEiiNO and having pictures taken, photos signed etc. we went back into the arena where the show was going to be. It was a bit shocking to see how many had arrived while we were backstage, the room was more or less filled and it was SO hot and the concert had not even started yet.

We began to mingle a little and try to move our way towards the scene, but it was packed up there and very hot and not knowing how long it would be before the show started, we didn’t feel like standing that close amongst people already then. So we began to look back and sideways to find a better place less crowded. Turning around, right behind me I saw a sweet familiar face and went to say hello:

After a chat with Alexander and his lovely friend, Fatima who was with him and we were introduced to, Katrine and I agreed on moving closer to the scene since it was getting closer to 9 o’clock and my guess was that something was about to happen. Having official press cards, getting a spot on the front row usually isn’t difficult and being only 159cm tall (or short if you look at it that way) it is kind of a must to be able to get that close in order to see anything, but with so many people from other countries, a few not understanding any language but their own, who had travelled for this show, it was a bit more of a challenge to reach front row. So we ended up with Katrine on the front row, as she is the photographer of us two and needed a good view, as well as this, was her first KEiiNO concert, and me right behind her and two very tall guys more or less blocking all view to the rest of the scene. I was just hoping they perhaps would move a bit around when everything started, so I was able to see better.

The supporting act of the night was the Eurovision Lipsync act, Pamela the Pam, in daily life the 31-year-old Marius Hagen. And what a show. he/she started beautifully out with “Husavik” from the Eurovision movie and boy people sang along. What a feeling of goosebumps and little hairs rising, with so many people singing along to this beautiful song.

There is only one “bad” thing to be said about this show with Pamela the Pam – half an hour was NOT enough. We could easily have had half an hour more. I hope to be able to see more of her in the future.

Shortly after Pamela the Pam left the scene, Markus Maaren Bastøe took in his designated spot on the scene – the back left area on a raised podium. My heart started to beat faster and I felt the excitement grow and bubble inside me. Not only for what was about to happen but also the excitement of finally being able to bring Katrine to see KEiiNO live and make her dream come true. Next was Håvard Kverne Hansen who sat down behind his drums at the left back of the scene, also on a raised podium. At this point there wouldn’t be much more than a minute at the most, before the show would start.
And there it was. Markus starting off with the beginning line of Spirit in the sky…. Then Håvard started beating the heck of out his drumset, and then Fred’s joik started up on Dancing in the smoke, while he, Tom and Alexandra took in the scene and people’s response was immense. The air more or like tore into pieces and this was the start of a one hour party.

And the one everyone is always waiting for – Spirit in the sky as the very last song: