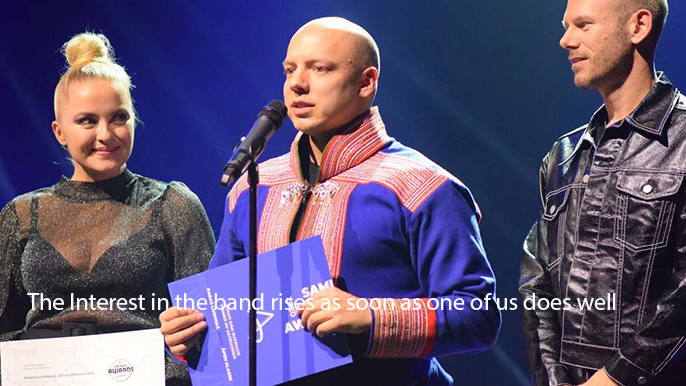 KEiiNO starts its Christmas tour on November 20 in Oslo. Five days later, they are on stage in Alta where they will have two concerts on the rap.

Two on the rap

Fred Buljo looks forward to visiting the City scene, which this time welcomes both young and old.

– The first concert is for children between 10 and 17 years. Then we play with a slightly lower sound level and have a slightly different pedagogical approach. Concert two is for those over 18, and then we raise the sound level, says Buljo who makes up the band together with Alexandra Rotan and Tom Hugo.

– Is there more pressure on the band after Alexandra participated in Star Wars?

– Yes, we all have projects alongside the band, and when one of us does well, the interest in the band rises.

Over the course of three years, the trio has released a total of 23 songs, including the hits Monument and Spirit in the Sky. As is well known, they also received the most votes in Eurovision in 2019. Buljo promises that the people of Alta will get to know more new songs.

– We have released a number of singles that we have not played in Alta and we also come with the band. We have that with us as long as there is room on stage and since we have always had bands when we have performed in Alta, we also had to get it this time, Buljo smiles.