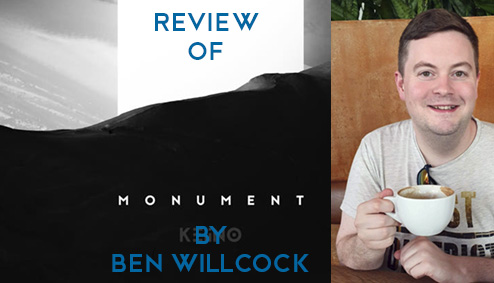 I was first introduced to KEiiNO the same way most of us were, during the 2019 Eurovision Song Contest. Their entry, Spirit in the Sky, was a bold, thunderous pop masterpiece that effortlessly blended classic pop tropes with spiritual lyricism. It was definitely one of the standouts that year, if not the most distinctive and memorable overall. It’s no wonder then that it won the public tele-vote with an astounding number of votes.

Since their Eurovision success, KEiiNO has gone on to release a steady stream of singles and, more prominently, their spectacular debut album, OKTA. 2020 was a year chock full of noteworthy pop albums – Lady Gaga’s Chromatica being a firm favourite for many – but OKTA stood its ground as one of the absolute finest the year had to offer. It was an album that truly showcased their grandiose, almost limitless potential.

You see, KEiiNO are that rare group. Their unique talents and charms coalesce into a synergy rarely seen in the medium of pop. They sound unlike any other group out there at the moment, and their signature sound demonstrated beautifully on OKTA, manages to do what all great music ought to do. It transports you to an elevated, somewhat heightened state.

Just about every song in their growing discography has managed to achieve this feat, leading me to believe that the success of their 2019 Eurovision debut was anything but chance. KEiiNO is here for the long haul, and I couldn’t be more excited to see their future unfold.

Which brings me to the present day when I was extremely thrilled to discover they were coming back to Melodi Grand Prix (and hopefully Eurovision 2021) with their song Monument. Penned by the group, the song had the notoriously difficult task of living up to the now legendary Spirit in the Sky. A song so infamous by now that it has truly entered the pantheon of Eurovision classics.

I nervously listened to the freshly released Monument with a mixture of enthusiasm and dread. What if it didn’t live up to the hype? What if this was the song to break their chain of phenomenal hits?

Those fears were eased the moment Alexandra’s voice delivers the opening lyrics. Monument packs a punch to be sure. Almost immediately it informs you that you’re in for a treat, both sonically and lyrically. And as you may expect, each member of the trio shines in their various ways. Alexandra’s voice moves from tender to powerful with commanding ease; Tom delivers his lines with grace and emotion, and of course, Fred peppers the song with his unique blend of Sámi rapping and joiking. It’s classic KEiiNO from start to finish yet, in true KEiiNO style, it never feels stagnant or formulaic.

The song builds steadily, taking the time and care to envelop you within its sweeping majesty. And the interplay between its frankly brilliant lyrics and catchy hooks is nothing short of astounding. Everything is woven together like an intricate tapestry.

By the time the song reaches its spectacular crescendo towards the end, its fate has been sealed – somehow, impossibly, KEiiNO have come back to the fore with a superior piece of music. Monument is a triumph of the genre, and unequivocally one of their best efforts to date. Whether the song qualifies or not is perhaps irrelevant with the continued quality of their work, although I am of course keeping my fingers crossed for a victory. Ultimately, what matters the most is that their path is set, and their legacy continues to shine.