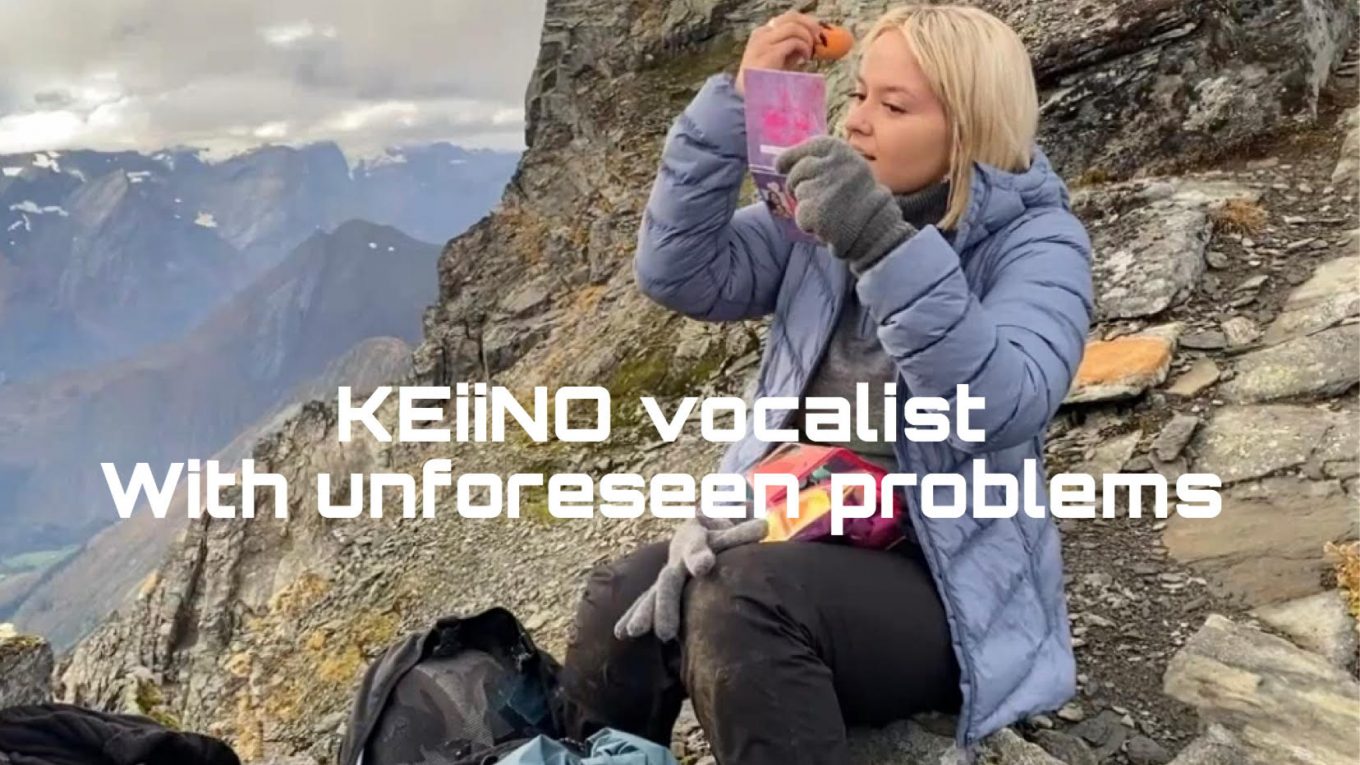 KEiiNO vocalist with unforeseen problems for hours away from civilization: – Absolutely crazy!

Seven demanding hours of mountain hiking and “herding” of reindeer. These are just some of the things that KEiiNO members have been doing lately.

Although KEiiNO has become a major international player in music, they don’t have a large apparatus around them. The band members, their family and friends do virtually all tasks, both on tour and during the recording of a music video.

When they were to make the music video for the Melodi Grand Prix song “Monument”, they walked seven hours up the mountain Slogen. Ut.no has classified this mountain as a red trail and demanding. Here the three band members went with one photographer, costumes, make-up and equipment.

In the video at the top of the article, you can see parts of the music video and how it was made. Among other things, they sat around 1560 meters above sea level in minus degrees, where they had to do the make-up on each other, take off their hiking clothes and put on costumes.

According to vocalist Alexandra Rotan (24), it was a special experience.

– It was completely crazy. When you get so high up on a mountain, it’s completely quiet. It was insanely great with that background, but it was challenging. I had to be very fast, because I could not wear gloves. I had to put on makeup when I was sweating from the trip up. We film in a lot of places, but we should preferably look quite similar in clothes and make-up in the different places. It was quite difficult to make the make-up look the same on top of a mountain, like when I put on make-up in peace and quiet inside a car, she laughs.

That the band does most of it themselves, without the help of commercial actors, can be tiring. According to Rotan, it is still very rewarding, and they will not change anything.

– We invest the money we earn in what we think is fun and what suits us and our careers. That we wear our own equipment, that I do the make-up on the boys before the show and that we work as production assistants during recordings is just fun. We like to do “everything”, we help and like to have ownership of what we make, says the down-to-earth 24-year-old to Good evening Norway.

The music video was released on Thursday night, and in a few hours it received over 45,000 views on YouTube

No diva tendencies despite huge success

Had there been up to 200 million Eurovision Song Contest viewers, KEiiNO would have won the competition in 2019. The jury was less satisfied than the TV viewers, and due to low scores from professionals, it ended up with a 6th place two years ago.

The audience favorites have been on tour in Australia, had concerts for tens of thousands of Spaniards and have over 32 million Spotify plays on the winning song “Spirit in the Sky”.

This year’s contribution to the Meldi Grand Prix has received over one million Spotify plays in two weeks. The male vocalist in the band, Tom Hugo (41), says they hope to be Norway’s ambassador if they come to the Eurovision Song Contest this year as well.

– The video for the contribution that will represent Norway in Eurovision will be seen by millions of people around the world, the music video for “Spirit in the Sky” has, for example, been seen 8.5 million times. We want to show that we are ready to take the role of ambassador seriously. Because we hope that this video can inspire someone to use our wonderful country when the pandemic is over.

The music video for “Monument” was recorded in Lindesnes, Lysebotn, Haukeli, Hoddevik, Vøringsfossen, Skåla, Slogen, Vestkapp, Lofoten and Kautokeino. Rotan says that this has led to over 50 hours by car in four to five days.

When the band was in Kautokeino to honor Fred Buljo’s (33) Sami family, Rotan and Hugo had to get on snowmobiles to “herd” reindeer. In the video at the top of the article, you can see reindeer running in a circle and “dancing” around the Finnmark-boy.

– We are very lucky to experience something like this. Fred’s family made it possible. We built up an enormous respect for nature through the recording. It was incredibly cold in northern Norway and we had costumes that are not so warm. I had a wool coat, but Tom only had the thin leather jacket, Rotan explains.

Although KEiiNO has self-financed an extensive music video, they are far from certain of victory in the Melodi Grand Prix.

– There are an insane number of good songs and strong names in this year’s heat. We do not take anything for granted. No matter how it went in 2019, we feel like underdogs. There are many of the artists who have far bigger names than us here in Norway.

Rotan says it is a dream to represent Norway again.

– I hope people see how hungry we are at this, she concludes.