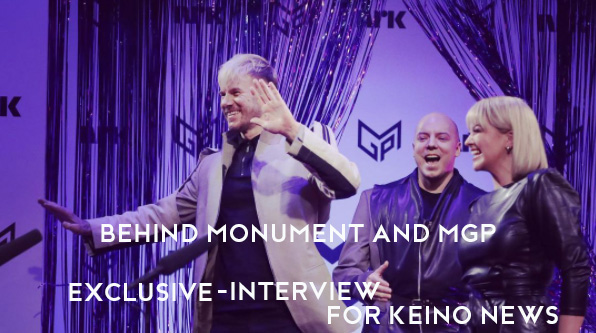 Tom, Alexandra and Fred and the rest of your gang, CONGRATULATIONS, with the huge success you have had already with Monument. The social media have been absolutely buzzing since we received the news.

Of course you all know when Monument was written and submitted – but:

When did you get the news that Monument was selected for MGP 2021 and where were you when you received the news?

— Tom had been in talks with Stig at NrK throughout the summer, but it wasn’t until late August before it was confirmed that Monument was selected. We actually met at Kulturhuset (a cafe/bar) in Oslo, an we had just been working in the studio when we got the good news. We were very excited of course, especially as he said that the song was sent directly to the finals.

How have you been SLEEPING since you received the news of participating in MGP? Have you slept at all or been too excited to sleep?

— We’ve been working constantly on Monument since July, so it was more a relief to know that it was selected. Though we still had some work left, so it has been more a constant flow of work. Also, we started to plan a musicvideo, as well as working on other songs to be released this year. I think thats how we cope best with excitement, work instead of sitting around in anticipation.

There has been some guessing and some different stories about the “Thunder and Gloria” in Monument. One explanation is that it has reference to the Norse mythology and calling out for Tho, the thundergod, if you were in trouble at sea up in the north, another is the reference to the movie, “Dolor y Gloria” by Pedro Almodóvar, which means pain and Glory – but if that is the explanation, how did pain and Glory become Thunder and Glory in the end?  Is it a combination of the two, or is it the usual KEiiNO twist to a song?

— We thought the Norse mythology-explanation was so much fun! The part is actually a reference to the Almodovar-movie, but we embrace the calling out to a God as well! The song has been reworked a number of times, though the theme has been the same all along. But in the beginning, it was a bit more “on the nose”, about all the “Rain and Glory” in a life. Though “Gloria” sings better, and as you know, we like to add a twist on things.

In only one week, Monument has been viewed 186.911 times on Youtube. Was this what you expected or did it surpass your expectations? Or had you expected more views by now?

Are we going to have some nice remixes and acoustic versions of Monument too?

— At the moment, we are working on a lot of stuff, but nothing is set in stone. If we win MPG, there will definitely be both:)

What are your plans for the next weeks up to the MGP final on February 20th?

— Oh, we have a lot of cool things planned! Though as the pandemic situation just worsened, we have to alter some of them. Luckily we have quite a few things already made, and the music video is in the final stages of production!

We gave some younger fans who are not yet on Facebook, the chance to ask a question for this interview, so the last question is the question that was asked from the highest number of them. They all seem to have one big wish in common:

Fans have almost worn thin their KEiiNO and “Spirit in the sky”-T-shirts by now and are very eagerly asking for new KEiiNO and Monument merchandise. How far are you into that project? And is there going to be more widespread items than only T-shirts?

— Yes! We are actually ordering a batch of new merchandise this weekend!