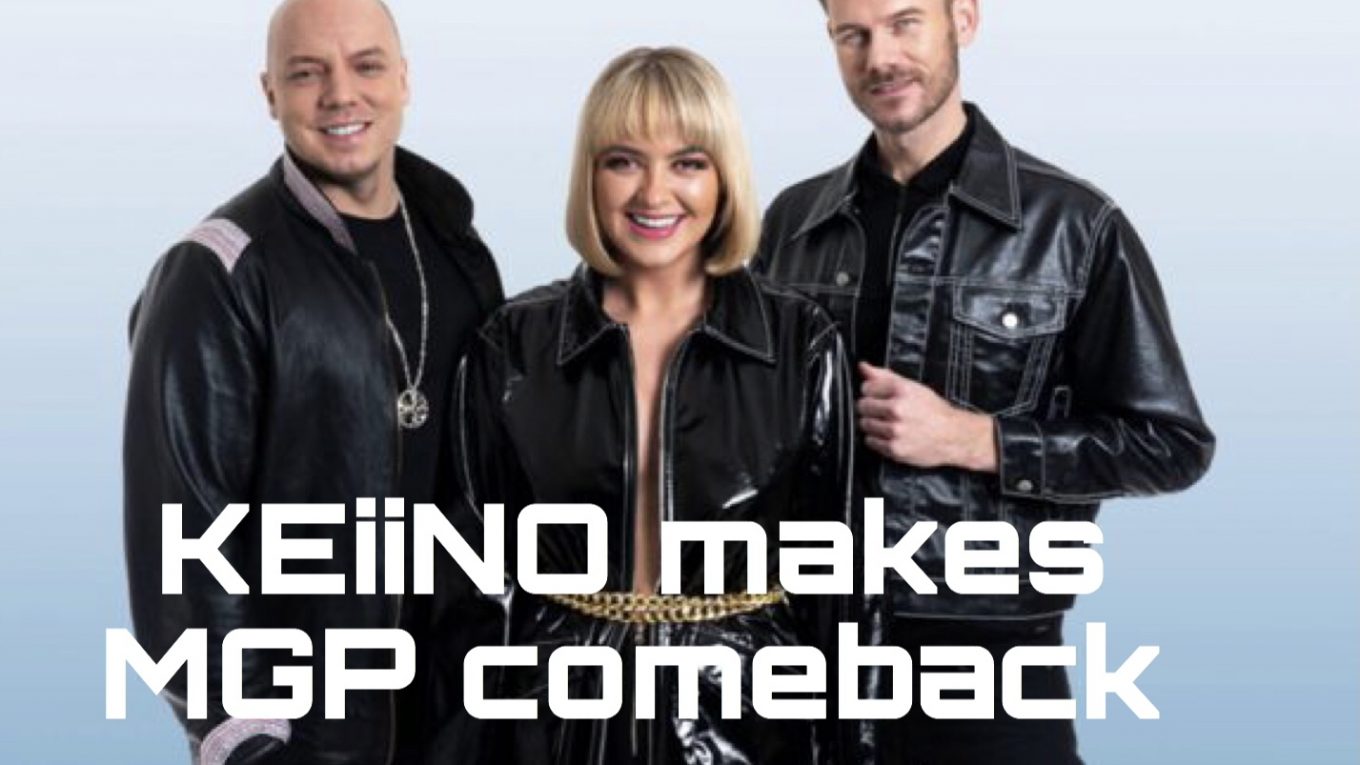 Around 12 this afternoon, some of us nearly had a heart attack. All of a sudden, the Facebook covers changed on KEiiNO’s Facebook, and on Tom’s, Alexandra’s and Freds – all into the same cover. This could mean two things, 1. A new single soon, or 2. They were among those soon to be announced as participants in this year’s Melodi Grand Prix i Norge.

The next half hour was very exciting. And huge was the thrill when KEiiNO came on the scene, for presentation.

Their song for Melodi Grand Prix 2021 is called “Monument” and is an up-tempo electro-pop song about the everyday heroes that don’t necessarily have a statue or a monument raised when their lives end. Fred explains that it is as a kind of adult version of “Spirit in the sky”.

KEiiNO themselves like this song better than “Spirit in the sky”, because with “Spirit in the Sky” they were thrown into it all, everything was new, they didn’t know each other all that well yet, but they have grown as a band and are now much closer as friends and more in the same direction of what they want to make of music. So they feel they have developed as a band and with the quality of this song, so much, in fact, that they believe the jury will also be convinced this time around and not only the audience and fans.

“Monument” is released Friday, January the 15th, on all music platforms and I am definitely very excited about this song.