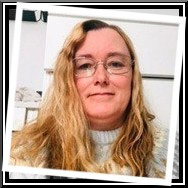 My name is Karina Brandt, I’m in my 40s and from a small beautiful island in Denmark, named Als, living in a town named Sonderborg, where I was born and raised.

Like so many others, I discovered KEiiNO in the Eurovision in Tel Aviv in 2019. Their music instantly ignited a flame inside me and made me want more. At that point I was most of the time in bed because of severe illness, so I spent a lot of time on my phone, reading articles and interviews about KEiiNO and the individual members, and the more I read, the more I felt alive. They all had stories of their own struggles to tell, and somehow reading all this while listening to “Spirit in the sky” and “Shallow”, which at that point were their only two songs, I came back to ‘life’ and after some months, where things really started to improve, I felt an urge to give them something somehow.

Back in 1999 to 2003, I was head of an international fan organisation for Westlife, “Westlife Fans United”, with over 130.000 members spread over 36 countries, and national fan groups in 25 countries. We had so much fun and it brought us so many friendships which still last today. over 20 years later. 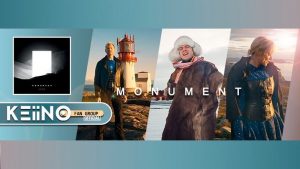 I wanted to establish something of the same kind, if possible, for KEiiNO, but before starting off, I set out to find out if this already existed. And yes, there was already a fangroup. And by luck, they were looking for a moderator so I applied and told about my past experience with journalism and fanwork. So a few days later I had not only been hired as a moderator but asked to be an administrator instead, in the official fangroup, KEiiNO Fans Official. It made me very happy to become a part of. I had so much to give, so many ideas and so much experience, that I was burning to get started.

In the beginning, we were three, and we had meetings to get our expectations hopes and goals synchronized, made rules for the group so it would become manageable. Next step was to advertise the group to other fans and invite people we thought would like to join. In only three weeks, we landed up on 1000 members and we were happy.

Slowly everything became more active and we added a couple of moderators. This way we admins were able to do a lot behind the scenes, knowing the moderators would keep their eyes on discussions and things, making sure people stayed nice to one another.

I began translating articles from Norwegian into English so international fans also would be able to read about this fantastic band and publish them on a music website I have had for some years. But it grew so quickly that I felt that KEiiNO shouldn’t be a part of a large combined website with other artists – they deserved their own news website.

So I started up KEiiNO NEWS in May 2020, and worked on it for a while, before opening it to the public. It is growing success, and the number of daily visits grows as the popularity of KEiiNO also grows. From the statistics, I can see that most visitors are from the USA, Norway, The Netherlands and Germany.

I am a certified journalist and web designer and work from home when I am able to work. Having a severe chronic illness to deal with, challenges life in itself, but it also gives a lot of time to just watch TV if that’s what one wants to do. But I’m not much into TV. I need to be creative and use my hands and my brain, so I combine my love for music, my love and skills for writing with building websites, writing about music and the artists, as well as running a small publishing agency. I am not out in the public work market because of illness, and I have to stay as isolated as possible, not only now because of Covid-19, but in general also, as I have a highly challenged immune system.

During the day I don’t think about how much energy or time I put into writing or reading about KEiiNO, producing articles, etc. it is just a flow that goes, along with everything else I do during a day, which at the moment also involves being a support-teacher for my two daughters, Katrine and Laura, who are home from school because of lock-down. They have online school over Microsoft Teams instead, but while they are in school here at home, I sit by my own desk, working on my computer, either with KEiiNO-related stuff, other artists or simply writing or editing novels and short stories for publishing at a later point. Once in a while, I take a day or two off where I work on new knit designs for Beautiful Baby or create a doll which I’m also a certified artist in.

Most people are healthy, have work, family, go to sports, fitness, travel and go on vacations. All these things are not an option for me. I gamble highly with my health when I once in a while go downtown with my daughters to have a few hours away from home, or we go to the farm on a weekend where we have family, every time I’m with people, I risk becoming very sick afterwards, by catching germs or vira. This gives me a very isolated life because the risk is just as big if I let too many people into my home. And as most parents know from themselves, that being a mom or a dad and nothing else is not enough. We need more in our lives than only that. Some fill up their needs with sports, some with being something for others like volunteering in organisations, answer phones on help-lines, or other things.  For me, filling my life with music and especially KEiiNO, and the friendships I have gained through them, and all the lovely people I meet in the fangroup, it gives me exactly THAT.

But there is also the fact that because I love KEiiNO and their music so much, I want them to stick around for many years to come, and the only way that will happen is to keep the other fans to the fire, also in the slow periods of KEiiNO, so they keep supporting them.