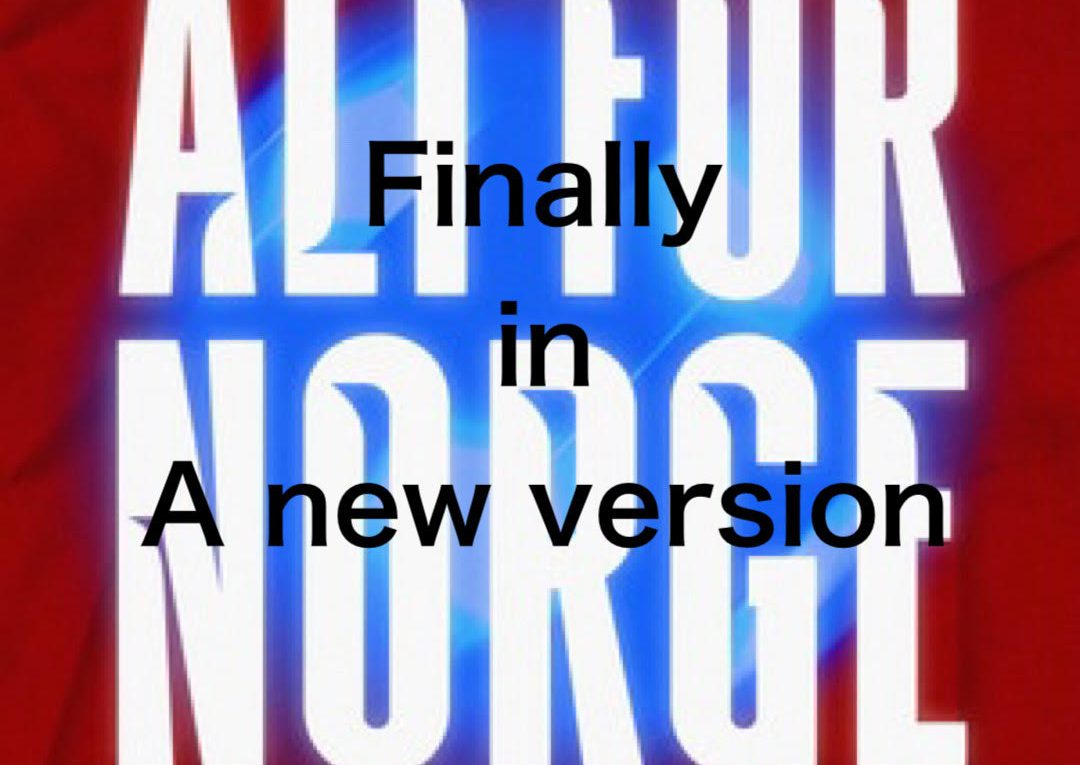 “Alt for Norge” has benefited from a gender-appropriate update.

SONG: Football songs that are made solely to be there, tend to be a bit small, full of bragging and nationalistically charged words.

For someone who for 28 years has had a strained relationship with the football song “Alt for Norge”, first and foremost due to Jørn Lande’s affected and pompous “heavy ballad vocals” full of emotion, it is liberating to hear the new version with Alexandra Rotan, from Keiino, as a vocalist.

The Norwegian Football Association (NFF) has thus launched a new, gender-neutral version of “Alt for Norge” ahead of the women’s European Championships in England in July. It feels very right, especially because they, unlike the men, have a chance to win the whole European Championship in July. They have in fact qualified!

Though gender-neutral, the video that accompanies the song naturally focuses fully and completely on the women and Rotan, while from the audience we see it all through a little boy who with great conviction plays enthusiastic and expectant spectator and fan. The video follows the women’s team’s preparations for what could be a triumph – if they live up to previous achievements.

The song was made for “Drillos“, with lyrics by Ivar Dyrhaug and music by Torstein Flakne from Stage Dolls, in 1994. The lyrics have changed somewhat, including from “our best men will go into battle again” to “our best team will go out in conflict today ». What may be left of banalities feels less intrusive when Rotan sings them.

Personally, I have always had more sense for what has been called “Alt for Norge 2”, “Bønda fra nord” with Racer (DumDum Boys) from 2000. It is somehow a little more direct: “We are the farmer from the north / welcome us / knock everything on foreign soil ».

The song is produced by TRüH, which consists of Tom Hugo Hermansen (also from Keiino) and German Rüdiger Schramm, and the accompaniment is “adapted” in 2022, with programmed music. Of course, I wish they could “afford” to hire real musicians and not machines, but it works in its own way.

From an original length of 4.21, it clocks in at 2.42, and that’s fine. There is so far no point in blabbering on like crazy. But where is the all-singing? The one that gives us the sense of community? It is almost not present here, so we will probably have to take care of it ourselves when the football women hopefully play the final on 31 July.