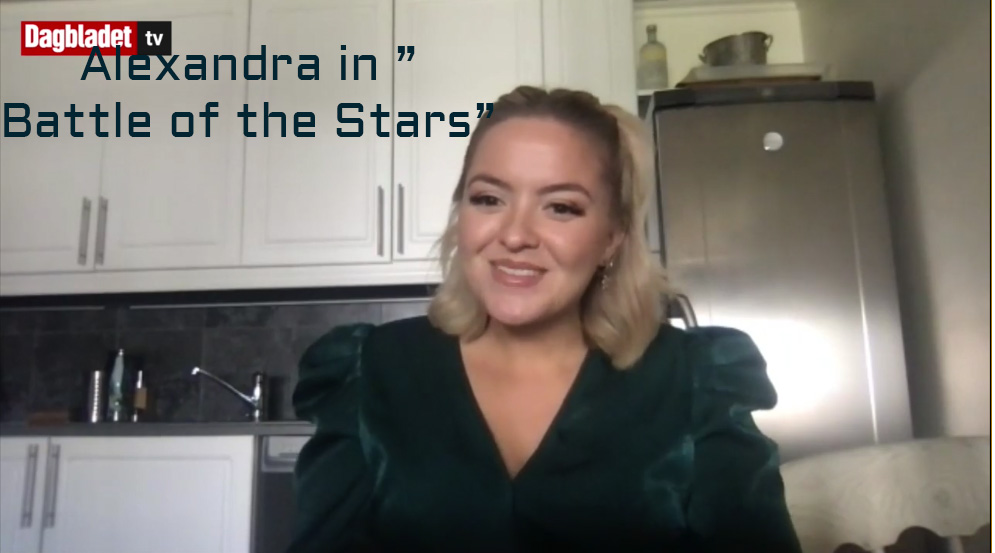 Opens up about the turning point: – It’s crazy.

During her 24 years, Keiino’s Alexandra Rotan has experienced much that others can only dream of. But it hasn’t been free of charge. Now she is one of the participants in “Battle of the Stars”.

Despite her young age, and growing up in what she describes as a non-musical family, the 24-year-old from Råholt in Viken has had a head start on her artist career. In 2019, she, Fred Buljo and Tom Hugo Hermansen participated in Eurovision in Tel Aviv with the song “Spirit In the Sky”. Had the audience been able to decide, Rotan and Keiino would have gone straight to the top of the competition. The jury wanted it differently.

Dagbladet meets Rotan over Zoom, as she gets ready for the last part of the tour with Keiino. The smile and laughter are generous from Rotan throughout the interview. After over a year with corona, she is looking forward to new tours and concerts with the band. She describes it as “over-ignition from morning to evening”.

– I like the most to be on stage, preferably every day. We in Keiino are quite a few, but everyone knows each other very well from before. We are a good group of friends who travel on a trip. Just being able to experience it is absolutely wonderful. Being able to see smiling faces singing along, you see there are stars on their island when we go on stage. It makes me get that energy too. Everything that has to do with touring is fantastic, says Rotan to Dagbladet.

– Always fought for who we are

Keiino is a band with three very different people, at least on the outside. Alexandra Rotan is the youngest, while elder Tom Hugo Hermansen is 17 years older. Fred Buljo is the middle one with his 33 years. Geographically, they stretch from Buljo’s hometown Kautokeino to Hermansen’s Sørlands upbringing in Kristiansand.

When Rotan met Buljo and Hermansen for the first time, she says that they found the tone quickly.

– I think a lot of it is because we share a bit of the same stories, by being a bit different and we have never taken things for granted. We have always fought for who we are and stood up for ourselves. We share the same values, and then it is easy for us to come together with our open hearts, and get a very good connection from day one, says Rotan.

She describes the guys as her best friends.

– I look at them as my family. I feel like I’ve known them my whole life.

Tired of defending the passion

When asked how she herself has had to fight for who she is, she explains that it has to do with her passion for music. A passion that has been and is the most important priority in her life.

– Sometimes I get questions like “Why do you do it, why do you not attend gatherings instead, why are you always busy with singing assignments?”. I have always chosen music over something else. And having to constantly defend it, you get a little bored in the end.

She continues, telling that she’ll set a good example for other people with a passion.

– Then you should follow the dream and the passion. Even if you face adversity, doors are slammed in your face, you are sent out of singing competitions, or you are told that you are not good enough for anything. I have been told many times that I do not stand out in appearance, but then I think “never mind”. As long as I do music and have fun, that’s why I do music.

– Do you have to sing so loud?

Rotan has been a music lover all her life. In her home, there was a lot of music playing with the father who had turntables, and the radio that was on. As a child, her parents sang lullabies to her.

She doesn’t describe the family as an especially musically family.

– They are not a bunch of professional musicians, but they sing well! Grandpa played the accordion and sang a little, grandpa was also a troubadour with a guitar. I got my first guitar from grandpa. I always got lullabies from mom and dad, and have grown up with the radio on. They have always loved music, but they have never been active performers.

She believes her interest in music is due to the combination of playing music at home, and performances and music lessons in primary school. She was also enrolled at the Cultural School at Eidsvoll, after her teacher said that Rotan is “above average interested in music”.

When Rotan was 16, she had already been in “MGP jr.” and still had plans to pursue a career in music.

– I had no one around me then who knew anything special about the industry. It was mom and dad, and some music teachers here and there. Then I sent emails to all the big record companies at least five times. If they check their spam, I think they’ll find a bunch of emails from Alexandra Rotan.

She never got an answer from the record companies but didn’t give up. She calls it an “unorthodox trend” to pursue.

In 2016, she participated in “Idol” but went out out in the semifinal rounds. After “crying a little”, she sent an email to “Idol” judge Sandeep Singh, asking him for tips on how to proceed. He asked her not to give up, and that she could take a week off from music. Rotan didn’t take time off. She sent the same message to Gunnar Greve, and she describes the answer she received as a turning point.

– Suddenly I got a message from Gunnar. “Hey, could you imagine being Alan Walker’s vocalist?” I just remember “What?” For me, it was a million times better than winning “Idol”. It was the biggest thing that had happened in my career. Of course, I said yes. I was tested on a couple of songs and it was just a full match right away. I rehearsed and rehearsed and knew that this was an opportunity I had to travel and sing with one of the world’s greatest artists. It was wild.

Ready for “Battle of the stars”

On August 28, it is ready for the tenth season of the NRK series “Battle of the Stars” where Rotan is one of the participants. Among the other participants are Carina Dahl, former “Idol” winner Jorun Stiansen, “X-factor” winner Chand Thorsvik and singer Kevin Mbugua.

– Opera in primetime on NRK in front of the entire Norwegian people. I dread that a little. But I’m just looking forward to the part about standing on stage, singing and having fun.

The competition part and being judged “I dread it very much”, she says.

– I’ll never get used to it, I think. I’ve always been very vulnerable. If anyone has anything negative to say about my performance, then I have a very easy time arresting myself and digging myself down. Say I have ten kilos of joy, and one kilo of negativity. Then I feel that negativity weighs much more. I have to be very good at looking at it as constructive, and not think that it is criticism. I think I have to work mostly with it.

– It has been a dream for a long time. I’ve always wanted to, but the timing was never right. Now it fits. I will not hide that I have been asked before to join, and then timing wasn’t right. Being asked again is absolutely fantastic. I’m just looking forward to being on stage and entertaining the Norwegian people. Is there anyone who needs entertainment now, then it’s those at home. So I have to make a show.

Support from the family

The family has been a great support throughout Rotan’s life. Through the adventure with Keiino, the parents have been involved. During the ongoing tour, her dad has come along to sell “merch as crazy”, according to Rotan. She describes the family as the most important in her life.

– As I have said a million times before, I can not say it enough, I would never have gotten where I was today had it not been for my family.

Her mother and father saw early on that she was passionate about music, and she has used them as mentors over the years.

– They have been there every second and they have never doubted whether music is right for me, says Rotan and continues:

– There has never been any talk about music because they have seen all the way that it is with music and on stage, I belong. When they now see everything I get to do with Keiino, they want to be part of as much as possible. Mom and Dad were in full swing in 2019 when we travelled around to promote the song before “Eurovision”. They were involved as both bag carriers and managers. It’s so amazing to know that I have someone there who really supports me 100 per cent.

– Never done it for fame

She thinks the support from the family has been a great help in her not having diva whims.

She believes that if you have some other motivation than music that makes you stand on stage, the diva whims may come.

– It’s easy to get high on yourself when you see that people like what you do. But I do this because I love to see the happy faces sitting in the hall when I stand on stage. Then it would have been unnatural for me to walk around with diva whims, Rotan concludes.