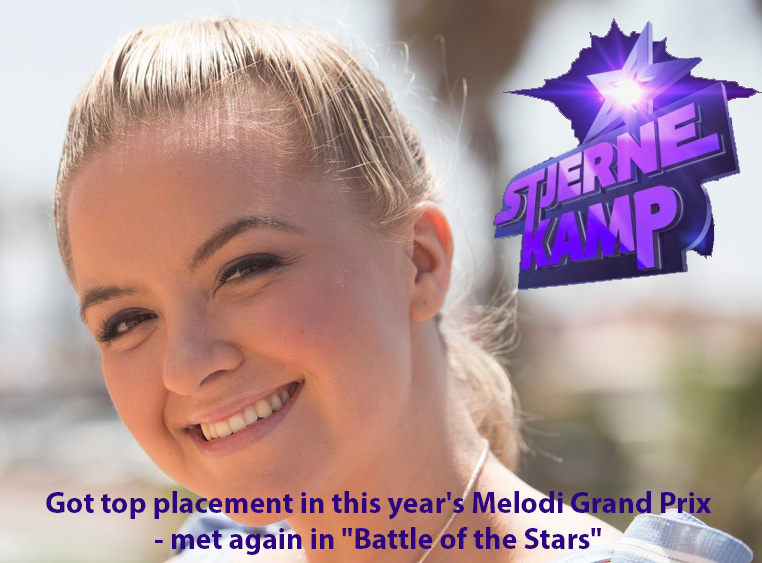 Alexandra Rotan from Keiino is this week’s mentor for the “Battle of the Stars” contestants. The task has made her more confident in herself, she says.

He says that the two have met several times around the country in connection with music assignments, and that they met a lot during the run-up to the Norwegian MGP final.

On Saturday night, the nine remaining participants in “Battle of the Stars” will compete in the EDM genre. Mentor this week has been Alexandra Rotan (23) from Keiino, who became the Norwegian contribution to this year’s Eurovision final in Tel Aviv.

This week, the two have met again in another circus.

– It was fun to have her as a mentor, says Jørgensen.

– She is a very talented artist, Jørgensen states.

– It was very special

The 23-year-old says that it was nice to see Jørgensen again.

– It was an absolute joy to see each other again, Rotan states.

– He knows this genre, but I hope he thinks I came up with useful tips, she adds.

Being a coach for others has given Rotan a taste for more, but she makes no secret of the fact that she was excited about what it would be like to be a mentor for established artists.

– I think it was very special when I, as a 23-year-old artist, have done a lot, but do not have as much on my CV as some of the artists. I was excited if they wanted to learn something, but it seemed like they did, she says.

Rotan’s CV includes being a member of Keiino, “Idol” participation in 2016, touring with Alan Walker the same year and MGP jr. in 2010.

– I have become more confident in myself

She says that she herself has learned a lot from being a mentor in the last week.

– I have become more confident in myself, and seen that I actually know a little about music, she says and adds that it has definitely helped my self-confidence.

Jørgensen says that the best advice he has received from Rotan is that he should be a little freer in terms of communication.

– And that I should mean what I sing, he says.

Since Kygo broke through in 2014, Jørgensen has listened a lot to the genre and makes no secret of the fact that he is looking forward to performing “Stargazing” on Saturday.

– It is not every day you get the opportunity to do a song by Kygo and Justin Jesso on live TV, he smiles.

The 27-year-old also has his nerves under control.

– I’m pretty calm. I think it’s fun to be a part of, and I do not take it too seriously whether I smoke or not, he explains.

He elaborates that he sees himself as an “underdog” in the context of “Star Wars”, and that he sees participation as an opportunity.