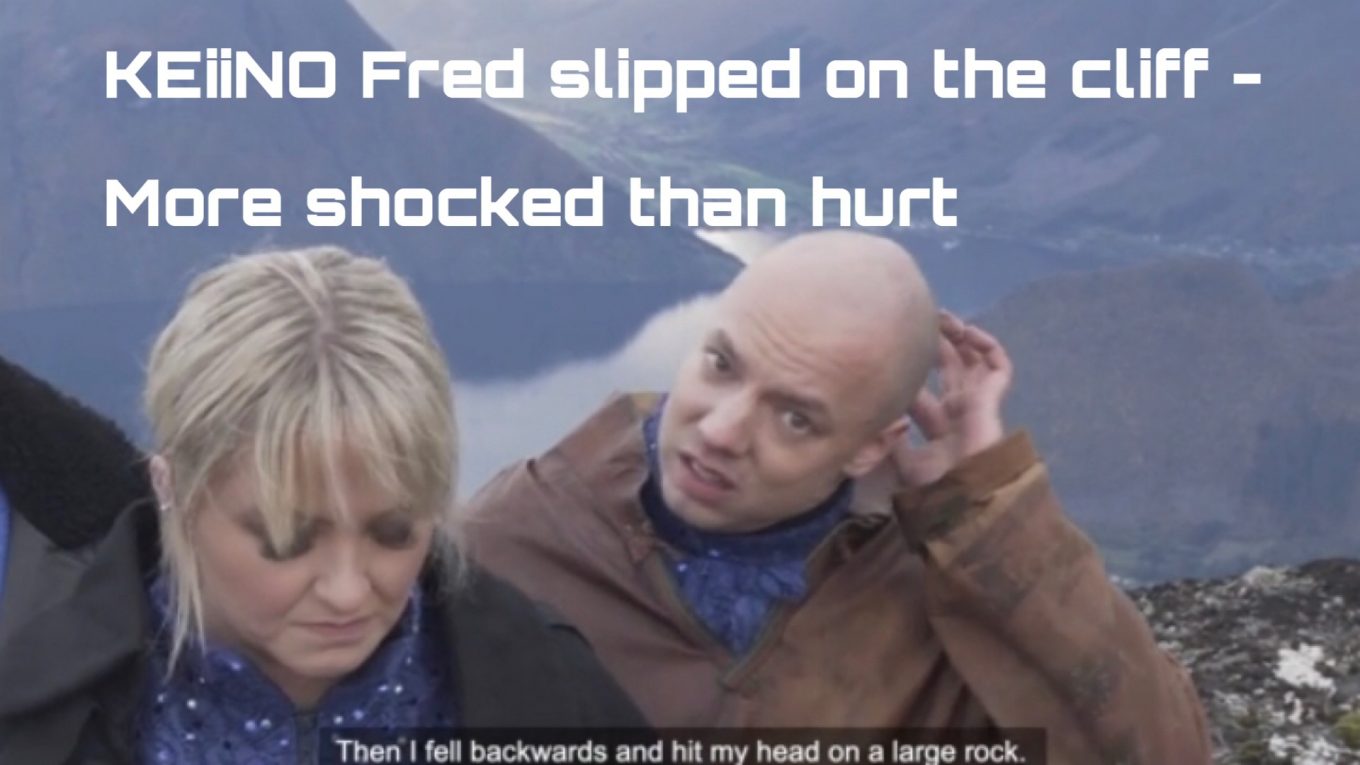 As Fred Buljo loses his footing on top of the Sunnmørsalpene, he sees the Norangsfjord in a flash. One and a half kilometers straight down.

The episode happened in connection to the production of a behind-the-scenes film when KEiiNO recorded the video for Saturday’s MGP contribution, “Monument”.

Fred Buljo, Alexandra Rotan and Tom Hugo Hermansen were at the top of Slogen, at the top of the Sunnmørsalpene, 1564 meters above sea level.

– We felt the heart pumps go off right then, so to speak! The fall backwards was bad enough, but there was a precipice right down in the fjord behind him! says Alexandra Rotan.

Fred Buljo was diagnosed with a concussion the next day.

– I remember that Alexandra hurried down to me, she has nursing experience, but I was really dazed. It went well, and Norway is a beautiful, wild country, but it was an important reminder to have deep respect for our nature, says Fred Buljo.

His fall left its mark on everyone in the team, who had hiked upward seven hours to film a few seconds at the top of Slogen. “Give me the most extreme we can climb without ropes”, Tom Hugo Hermansen had challenged the local celebrities to maximize the images from the best of Norway, so that KEiiNO could make a video with the best of Norwegian advertising.

Now Tom Hugo admits that the incident affected him greatly.

– The fall meant that we were very late when going down again. It was three hours down a steep mountain in pitch darkness with only a couple of headlights to light up. I walked 50 meters in front of the others to check if there could be a precipice there. I had to fight panic – we were all alone up there – but I tried my best to take the crisis management so that we could get back down.

– And I imagined the headlines; «KEiiNO picked up by air ambulance …»

Afterwards, Tom Hugo and KEiiNO are able to smile at the energy and effort that was put into creating a spectacular video for “Monument”.

– I readily admit that at one point I thought; what the hell are we doing? We want to contribute with a video where tourists and Eurovision fans feel like coming to Norway, but was it really worth the risk?

Ahead of tomorrow’s final in MGP, KEiiNO is back in its normal self. But is it the case that KEiiNO decided already in Tel Aviv two years ago that they will do this again?

– Yes, it’s probably a bit like that, confirms Alexandra Rotan.

– There is something magical about being part of this circus, and we felt we had something undone in the competition – the goal was to take Eurovision home to Norway!

– But we were pretty clear that we were not joining just to join. We had to have the right song before we threw ourselves into this again, Tom Hugo adds.