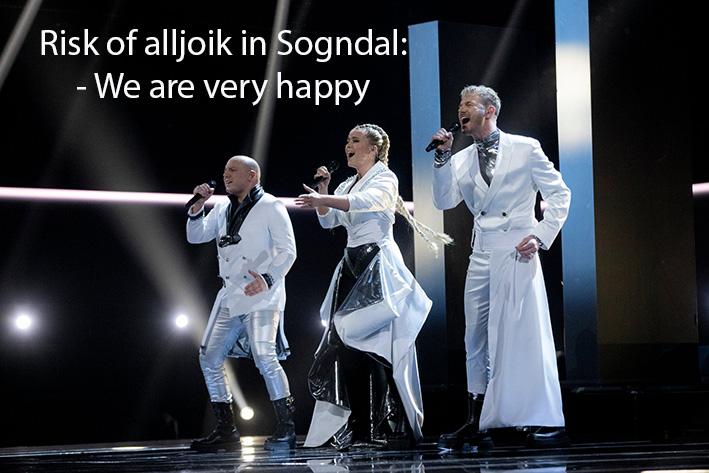 And it does not matter how many people are sitting in the hall.

– We are really looking forward to playing concerts, says Fred Buljo in KEiiNO.

Tomorrow is the culture house in Sogndal the third stop on the tour they have been waiting for so long.

A press release states that the trio thinks it is important to put children and young people only when it is finally possible to go to a concert.

– Children and young people have had their lives affected to a very large extent in the last year, which is why we have chosen to have the concerts on this tour open to all ages so that everyone can join the party. We are really looking forward to being able to play concerts, even though there are limitations with the audience in mind, says Fred Buljo.

KEiiNO is well known after two participations in the Melodi Grand Prix and has its distinctive character in the combination of pop and yoik. The trio broke through with Spirit in the sky, which landed on a particularly respectable sixth in Eurovision two years ago – after receiving the most audience votes in Europe.

Their 19 songs have been streamed over 65 million times on Spotify, according to the press release. One of the basic values ​​that the trio advocates is acceptance to feel different, a theme that can be found in the lyrics.

They work to ensure that everyone in the world can feel as free as the northern lights dance across the sky and that everyone should be able to feel the joy of joiking, the press release states.

Førde is also a stopover here in the county for the band, in addition to Voss, Bergen and Stord.