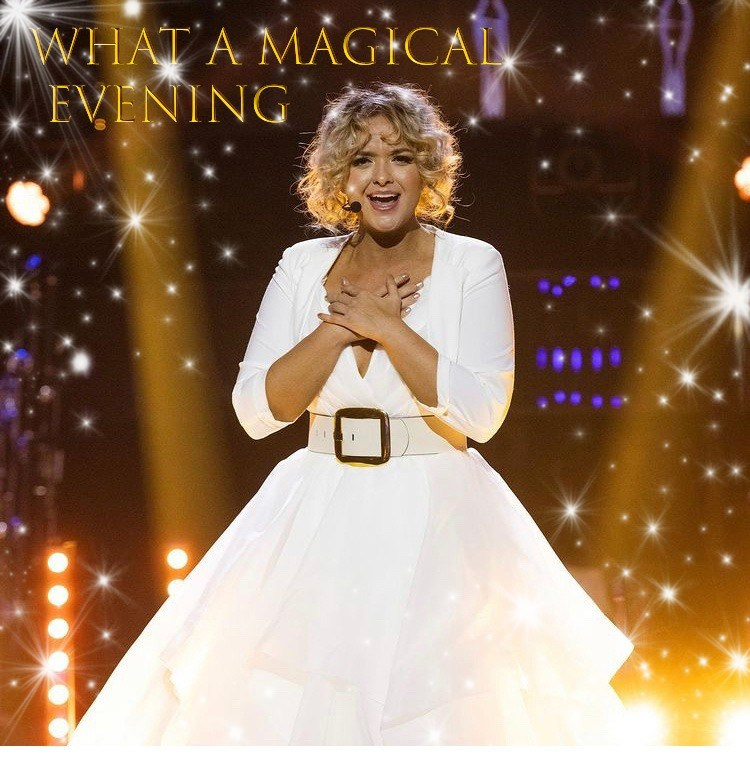 Is Alexandra for real? Or is she a figment of our wishful imaginations?

Nine Saturdays in a row, Alexandra Rotan has now blown us over with her talent. Saturday after Saturday, she overdid herself from the Saturday before, and more than a few times did she leave both audience and judges in tears.

Of course we knew she was great, but over the weeks she has grown even further, and she may not have a professional musical education behind her like so many others, but giving her the stamp PROFESSIONAL would be appropriate after this.

Last night was almost supernatural. Her interpretation of “New York, New York” from the musical “Musical on the Town” by Leonard Bernstein, Betty Comden and Adolph Green from 1944, was performed with all her heart and soul and she was radiating happiness and gave everything she had inside her.

My personal favourite of all those who over time has sung “New York, New York” has always been Liza Minelli, ever since I was a little girl she blew me over, but last night, Alexandra knocked her off the throne.

Alexandra’s performance of “Never Enough” from the musical, “The Greatest Showman” was what really knocked me to the ground. The way this lady acted her role out while singing, the expressions of her face while the story grew, she sucked me into her universe and I was Right THERE, right in front of her, feeling her feelings. It was like everything around me disappeared.

With Henriette Steenstrup as the tutor for this performance, it was bound to be good. I have followed Henriette in so many movies and TV series by now and love her facial expressions to underline what she says in her characters – and she truly managed to transfer this to Alexandra in this performance.

When we came to the end of the program and one participant had to be eliminated, it was the most nervewrecking evening of all nine.  Record many had cast their vote tonight, and when our Queen of KEiiNO was called out as the first to continue to the final, I am sure the entire building was aware. I jumped from the sofa, yelled out YES YES YES and danced around and began to cry.  My fifteen year old daughter, Katrine, came from  another room and said, “I think Alexandra made it to the final, am I right?”

This coming week is going to be so long. And Saturday the longest Saturday. But what an empty hole there will be when the finale is over, no matter who wins… because… what on earth are we going to do on Saturday evenings after that???

Alexandra, thank you for giving us such an experience, Saturday after Saturday, I think I can speak for all of us when I say that we are SO incredibly proud of you, you never disappoint, on the contrary, you keep knocking us over. Well done, you’re the best