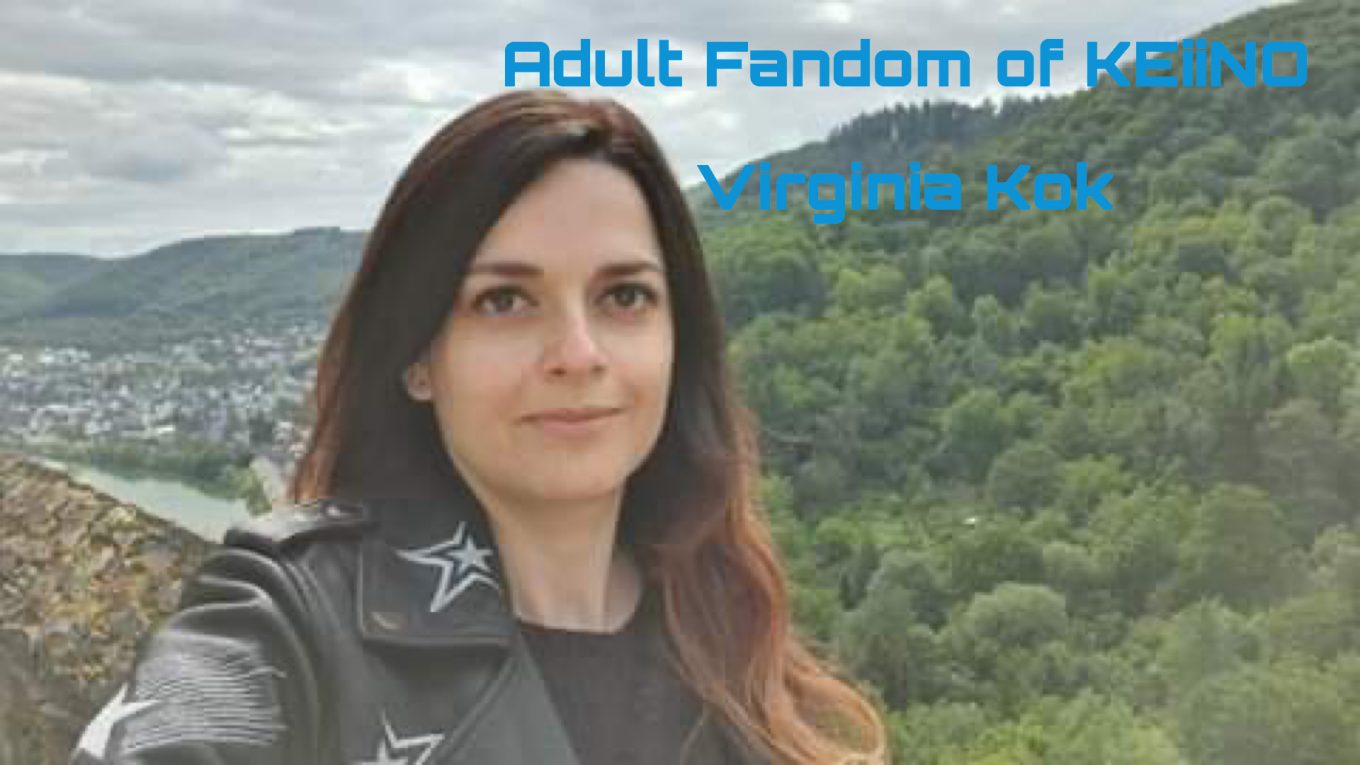 My name is Virginia, I am 39 years old and I live in The Netherlands.

I discovered KEiiNO during their participation in the Eurovision Song Contest 2019 in Tel Aviv. Actually I was not planning to watch ESC because of some disappointment regarding the previous editions. But after the semi-final there was a video of KEiiNO’s performance circulating on the internet and the social media platforms, and this video captured my attention. I’ve always felt a lot of sympathy for Norway, the history of the country, the nature, the language etc. One of my favourite bands of all time is another Norwegian band, A-Ha. Long story short, I thought it might be interesting to watch the final, only because of KEiiNO.

It was May 18 2019, the evening of the ESC final. My husband had to go early to bed because of his work and I was trying not to make a lot of noise. But then KEiiNO appeared on the screen with “Spirit in The Sky”. The volume was increased. I was sitting there, staring at the screen, it felt like I was in the audience and was cheering to “Spirit in The Sky”.

It felt magical and to me, it was the best song and performance of the contest.

After ESC I started following KEiiNO on YouTube and Facebook and was curious how they would develop as a band and how their future would look like. I had the feeling they would not disappoint but would continue making great music. And I was right, one hit after the other, I loved each and every song they released. Usually it takes a while before I like a song but this was not the case with the music of KEiiNO, it was love at first sight and hearing.

Before Covid-19 I was not very active on social media and had no idea that there is an official fan group for KEiiNO. I was just a quiet admirer in the background. When KEiiNO announced the release of OKTA, I was very enthusiastic and wanted to pre-order the CD immediately because of 2 reasons: to have a physical copy of KEiiNO’s first album (I also love to collect music on vinyl or CD) and to have the opportunity to receive a personal greeting from them. With the pandemic continuing and all restrictions because of it, there was not much to do in my spare time, so I decided to create an Instagram account. There I found a profile of an official fan group of KEiiNO with a link to the fangroup on Facebook and decided to join the group.

Since I became a member of the fangroup, my fascination for KEiiNO has grown a lot. Tom, Alexandra and Fred are members of the fangroup as well, which makes it exclusive. The opportunity to share thoughts and impressions with other fans about everything KEiiNO is involved in, is amazing and gives me a lot of joy. I was also able to learn more about Fred, Alexandra and Tom.

People often express the opinion that fandoms are for teens and young adults and its childish when adults are passionate about an artist, they should have better things to do.  How would you explain your passion and fandom around KEiiNO, if you were to explain it to others, why you are this much into one band?

I think, as adults we have more different approach to music than  when we are teens. We dive into the meaning of a song and can feel it, the performance of a song can touch our hearts and can cause several emotions. It’s not about the looks of an artist but about the meaning of the music they create and perform.

Tom, Fred and Alexandra are not only talented but also very genuine, kind and down to earth which makes them so special to me. Their music always gives me energy and motivation, on good and on bad days, it’s like medicine for the soul.

The personalities of Alexandra, Tom and Fred and the attention they give to their fans, is also one of a kind. A couple of weeks ago,  Alexandra organised a Zoom karaoke but there were so many people who were interested that she decided to split the sessions and to give everyone the opportunity to be a part of it. I was really impressed because she didn’t have to do that, she could have made a selection. This is a small example of how generous Alexandra is.

Through their music KEiiNO unites people with different ethnic background, color and language from all over the world. Iit’s amazing to see how international their fan base is.

I also love to communicate with other fans who share the same passion. It has turned out that there are others whom I have a lot of common with. This has lead to many interesting and fun conversations.

Since I began following KEiiNO, I also started thinking of refreshing my Norwegian skills. 14 ago I graduated in Norwegian but then I moved to The Netherlands and my Norwegian skills faded during the years. Tom, Alexandra and Fred gave me the motivation to make a change.

What are your hopes for the future of KEiiNO and how would you like to contribute towards that?

For the near future I hope that KEiiNO will win the Melodi Grand Prix and will represent Norway at the Eurovision Song Contest. And then win it, of course. KEiiNO is not a typical Eurovision band but a band with so many facets, which they proved with OKTA and the songs after that.

I hope that after Covid they will go on a world tour and fill clubs and stadiums with a big crowd, which will celebrate their songs, they deserve this so much!

KEiiNO has become a part of my life, their music means a lot to me and they will always have my support.