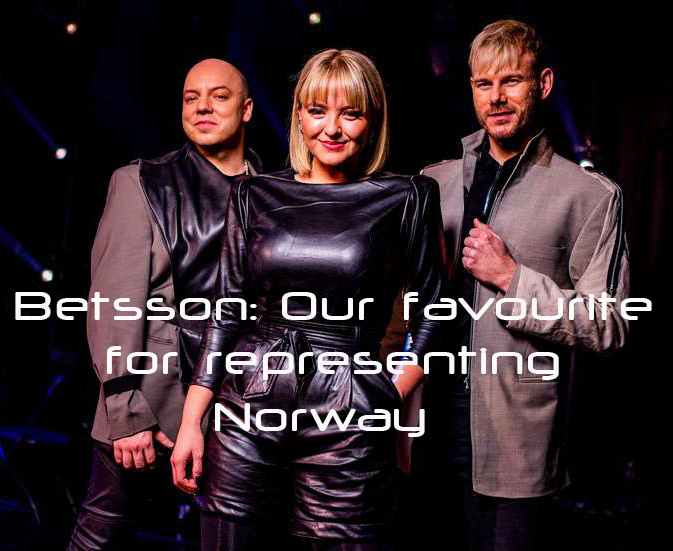 Fred, Alexandra and Tom Hugo have got the favourite stamp before the MGP-final this weekend.

This year’s twelve finalists in the Melodi Grand Prix are ready, after the heavy metal act Jorn received the last gold card Monday evening. Only one of these is going to represent Norway in the Eurovision Song Contest, and Betsson’s bookmakers have received help from MGP expert Per Sundnes to assess various finalists’ chances of winning.

Sundnes believes several of the songs in the Norwegian final are strong enough to assert themselves internationally, and believes that the trio KEiiNO can be back on the podium this year.

“There is no doubt that KEiiNO delivers with tremendous confidence. The drums and other accessories from the previous finale have been packed away, and now there are only the three of them on stage. It could have been boring, but the interaction between them and the spectacular light show leave a lasting impression”, says Sundnes, who doesn’t quite dare to predict the 2019 winner will go all the way to the top.

Fred Buljo, Alexandra Rotan and Tom Hugo still get the stamp of favourites from Betsson. The odds of 3.75 are the lowest of all participants.

“KEiiNO has done it again. They have produced a very strong MGP song and are our favorite to represent Norway in the Eurovision final”, says Betsson boss Bredo Johansen about the song ‘Monument’.

“The way the three of them work together is world class, and everyone gets to show their strengths. This is simply very good MGP craftsmanship”, he continues.

Close behind KEiiNO follow Raylee (4.25) and Rein Alexander (4.50) with good odds of fighting at the top. Atle Pettersen and Stavangerkameratene are the two who have had the lowest chances of winning (25.00). The final of the Melodi Grand Prix starts on Saturday, at 19:55 (CET) on NRK1.

One thought on “Betsson: Our favourite for representing Norway”